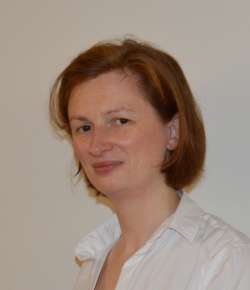 Dr Victoria Cowling, of the University of Dundee, has been awarded the inaugural Women in Cell Biology Early Career Award Medal by the British Society for Cell Biology.

The Medal has been established to mark the 50th anniversary of the founding of the BSCB. It will be an annual honour awarded to an outstanding female cell biologist who has started their own research group in the UK within the last seven years.

Dr Cowling is based in the Medical Research Council Protein Phosphorylation and Ubiquitylation (MRC-PPU) Unit in the College of Life Sciences at Dundee. Her research aims to find new methods of killing cancer cells by targeting how proteins are made.

“I am delighted that our research has received this recognition from the British Society for Cell Biology,” said Dr Cowling.

Dr Cowling recently made a major molecular discovery about how genes are regulated and how mutations in cancer genes promote unrestrained cell growth which can result in tumour formation.

Last year she was awarded a Medical Research Council Senior Non-Clinical Fellowship to continue her groundbreaking research, receiving funding of £2.5million over seven years to build upon the discoveries that her research group has made.

Announcing the award, Professor Jordan Raff, President of the BSCB, said, “While the concept of women-only prizes is controversial, it is widely acknowledged that a disproportionately large number of talented, young, female scientists leave science to take up other careers. We hope that this award will help raise the profile of some of our most promising young stars at a crucial stage in their career and that the awardees will serve as inspiring role models for the next generation of female cell biologists.”

Dean of Research at the College of Life Sciences Professor Julian Blow said, “I am delighted that Vicky has been awarded this inaugural award from the BSCB, specifically for Women in Cell Biology. Vicky’s achievements as an early career researcher are outstanding, but she is also a mentor and champion of women researchers across the College of Life Sciences. Highlighting her contribution to cell biology as well as the example she sets in encouraging younger scientists – women and men – to fulfil their potential, is a positive step towards recruitment and retention of women researchers in life sciences.

Dr Cowling will be presented with the medal at the BSCB/BSDB Annual Spring Meeting in Warwick in April 2015, when she will deliver the inaugural Medal Lecture.

Dr Cowling performed her PhD research at Cancer Research UK in London and her postdoctoral research at Princeton University and Dartmouth College, USA.  She initiated her independent research group in 2007 at the University Dundee.  She was awarded a Lister Institute Prize Fellowship in 2011, an EMBO Young Investigator Award in 2013 and an MRC Senior Fellowship in 2014.

The BSCB was founded in 1965 with the aim of advancing research in cell biology and the careers of cell biologists in the UK. The BSBC is a not-for-profit organisation (registered charity no. 265816) run by an elected committee of volunteers from across the UK. The BSCB organises annual scientific meetings and provides a range of support mechanisms for cell biologists in the UK, learning resources for schools and a range of other public engagement activities.