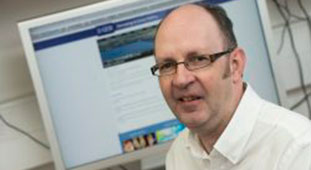 A new study led by King’s College London in collaboration with the University of Manchester and the University of Dundee has found a strong link between exposure to peanut protein in household dust during infancy and the development of peanut allergy in children genetically predisposed to a skin barrier defect.

Around 2 per cent of school children in the UK are allergic to peanuts. Severe eczema in early infancy has also been linked to food allergies, particularly peanut allergy. A major breakthough in our understanding of eczema has developed with the discovery of the FLG gene which codes for the skin barrier protein filaggrin. Mutations in the FLG gene result in an impaired skin barrier which is thought to allow allergens to penetrate the skin and sensitize the body.

The study, published this month in the Journal of Allergy and Clinical Immunology, looked at the amount of peanut protein children were exposed to in household dust in their first year of life by vacuuming dust from the living room sofa and measuring peanut using a peanut protein antibody assay.

A group of 577 children were assessed at 8 and 11 years of age for peanut allergy and their DNA was checked for mutations in the gene encoding filaggrin. The study was conducted in children recruited to the Manchester Asthma and Allergy Study.

Dr Helen A Brough, first author from the Department of Paediatric Allergy, King’s College London, said, “Our findings provide evidence that peanut allergy may develop via the skin in children with mutations in the gene that codes for filaggrin that damage the function of this important skin protein.

“These findings are also an example of how an individual’s response to their environment can be modified by their genes. Our study raises the possibility of being able to identify a group of children with FLG mutations through genetic testing in the future, and altering their environmental exposure to peanut early in life to reduce the risk of developing peanut allergy.”

Professor Gideon Lack, senior author from the Department of Paediatric Allergy, King’s College London, said, “This study provides further evidence for the dual-allergen-exposure theory which suggests that food allergies develop through exposure to allergens via the skin, likely through a disrupted skin barrier, whilst consumption of these food proteins early in life builds up the body’s tolerance.

“Previous guidelines recommending that mothers should avoid peanuts during pregnancy and breast-feeding have now been withdrawn, and ongoing studies at King’s are aiming to establish whether exposure to solids in early infancy might actually help to prevent allergies. It may well be that the timing and balance of skin and oral exposure to a particular food early in life determines whether a child develops an allergy or tolerance to that food.”

Over the past two years the King’s team has been investigating the level of peanut protein in household dust, how this correlates with household peanut consumption, and how peanut protein in dust can trigger an immune response in the cells of children who are allergic to peanut. Peanut protein is present on hands and in saliva for up to three hours after peanuts or peanut-based food has been eaten, and can persist on table surfaces and sofa or pillow dust even after routine cleaning.

Professor Irwin McLean and Dr Sara Brown from the University of Dundee collaborated on the study with the King’s and Manchester researchers.

‘Peanut allergy: Effect of environmental peanut exposure in children with filaggrin loss-of-function mutations’ by Brough et al is published in the Journal of Allergy and Clinical Immunology and can be accessed at http://dx.doi.org/10.1016/j.jaci.2014.08.011.