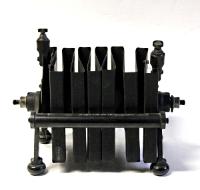 A separate Chair of Electrical Engineering was established in 1947, and in 1950 construction of the Ewing Building began.

It was the first major new building for the University since the First World War and was completed in 1954.

In 1970 the Electrical Engineering Department added 'Electronics' to its name. In 2000 the subject merged with Physics again and currently forms the Division of Electronic Engineering, Physics and Renewable Energy.