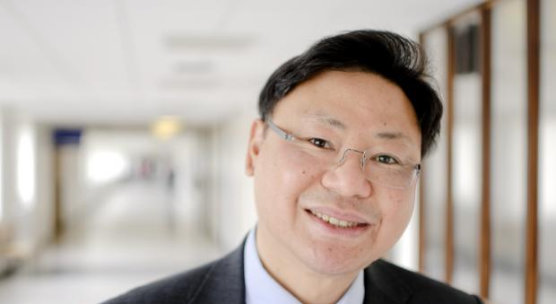 Researchers at the University of Dundee have discovered a `sweet spot’ in the treatment of diabetes among patients with heart failure.

Diabetes and heart disease are frequently seen together in patients and can be a lethal combination. To compound the problem, some anti-diabetic medications have been shown to worsen heart conditions like heart failure, a condition where the heart muscles become too weak to effectively pump blood around the body.

Now researchers led by Professor Chim Lang in the School of Medicine at Dundee have found there are hazardous effects of under- or over-treating diabetes among those patients with heart failure, with a `sweet spot’ in between where treatment can be beneficial.

“We have already seen recent recommendations by the American Diabetes Association to treat elderly diabetic patients less aggressively. Our research suggests this advice should be extended to those patients who suffer with heart failure.”

The results of the study are published in the European Journal of Heart Failure.

Professor Lang and his team observed the records of nearly 1500 patients between 1993 and 2010 and found increasing risk of premature death in patients whose blood sugar levels were outside of the `sweet spot’ range.

This included those patients whose blood sugar levels were below the ‘sweet-spot’ as a result of intensive treatment, as well as those with levels beyond the higher limit.

The study also found that insulin sensitizer drugs such as metformin were among the most effective treatment.

This latter finding had led to a new research study with Professor Lang and his team set to explore the potential beneficial cardiac effects of diabetic therapies.

His team was recently awarded a research grant worth €280,000 by the European Foundation for the Study of Diabetes to set up the REFORM Trial that will study the cardiovascular effects of SGLT2 inhibitors on patients with diabetes and heart failure (NCT02397421).

“We are the first in the world to pioneer this research which could potentially see this drug treating both diabetes and heart failure simultaneously,” said Professor Lang.

“Using state-of-the-art MRI technology and detailed cardio-pulmonary exercise testing, we are confident that we can determine the exact effect of SGLT2 inhibitor therapy on the cardiovascular system,” said Dr Jagdeep Singh who is a Clinical Research Fellow in Professor Lang’s team and the Principal Investigator of the REFORM Trial.