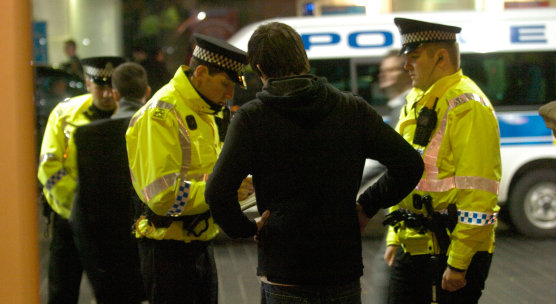 Researchers at the University of Dundee and Edinburgh Napier University have published a report evaluating a new approach to stop and search piloted by Police Scotland.

The research was carried out by Dr Megan O’Neill, from Dundee, and Edinburgh Napier’s Dr Liz Aston. It commends Fife Division for their efforts to make stop and search more effective and address public concerns about the measures and highlights elements of the pilot, which can be regarded as good practice.

The authors also make 19 recommendations for improvement, including how to deal with problematic aspects of consensual searches having noted an enduring misunderstanding about the purpose of consensual searches and a citizen’s rights, even with a significantly increased level of information provided by officers during the pilot.

“It was clear that the individual officers, Fife Division and Police Scotland in general had a desire to make stop and search the most effective practice it could be to first and foremost serve the public,” said Dr O’Neill. “They invested a considerable degree of time, effort and resources into it and many of the elements of the pilot can indeed be regarded as best practice.

“Those searched continued to complain about ‘random’ searches during the trial, suggesting that even with the pilot’s methods of making the option to refuse a consensual search explicit and the advice slips provided by officers, confusion and resulting bad feelings remain.

“In light of this, we would suggest Police Scotland move to a position of using legislative searches only. Only these can truly be ‘targeted’ at ‘the right people, right place and right time’ thereby enhancing accountability and public confidence, two key aims of the pilot.”

Dr O’Neill and Dr Liz Aston are both members of the Scottish Institute for Policing Research (SIPR), who funded the evaluation along with Police Scotland.

The Fife Pilot evaluation ran from November 2014 to February 2015. It aimed to improve levels of approval amongst the public by better informing them of the process, the reasons why searches are being carried out, and the rights of the individual. Researchers analysed police data on their use of stop and search in two areas of Fife, and compared that to data from another division of Police Scotland.

Elements introduced as part of the pilot included sending letters to the parents of children who have been stopped to make them aware of the event, providing enhanced information leaflets to every person stopped, and increasing opportunities for the public to provide feedback after a search.

An end to consensual stop and search is one of 19 recommendations in the report, which held up the systematic recording of all stop searches, compliance recording checks, engagement with external stakeholders, provision of advice slips and aide memoires, and enhanced staff training as successes.

Other findings of the report include:

Professor Nick Fyfe, Director of the Scottish Institute for Policing Research, said, “As Police Scotland develop and improve their approach to stop and search, they are working closely with a range of partners and recognise the need for this work to be underpinned by independent research.

“The evaluation of the Fife Stop and Search Pilot exemplifies this collaborative, evidence-based approach.  Undertaken by members of the internationally recognised Scottish Institute for Policing Research, Police Scotland facilitated access to relevant data and police personnel which has allowed an in-depth analysis of how stop and search powers are being deployed in the Fife Division.  The recommendations from the research are now informing the development of future policy and practice around stop and search across Scotland.”

The full report can be accessed at www.sipr.ac.uk/