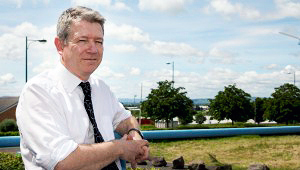 A ‘rising tide’ in the use of prescribed medications and potentially serious drug interactions raises significant concerns of adverse drug reactions that need to be addressed, according to a new study published by researchers at the University of Dundee.

Researchers say this rise in multiple drug use increases worries of potentially serious clashes arising from drug interactions. The results of their study have been published in the journal BMC Medicine.

“Prescribed drugs significantly improve a range of health outcomes, but they can also cause considerable harm – approximately 6.5 per cent of all emergency hospital admissions are attributable to adverse drug events and at least half of these are judged preventable,” said Professor Bruce Guthrie, of the University of Dundee, who led the study.

“Our study shows there has been a significant rise in the numbers of people receiving multiple drugs. This raises concerns because the simultaneous use of large numbers of drugs, what we call polypharmacy, can cause serious harm in some patients.

“More research is needed to better understand the impact on people’s health of multiple interacting drugs.”

The study found that elderly people were much more likely to be prescribed more than ten drugs, but also found it was more common among people living in more deprived areas and in people resident in a care home.

“Drug regimens are increasingly complex and potentially harmful, and people with

Recent research, again carried out by a team led by Professor Guthrie, showed that blindly following recommendations for drug prescriptions in national clinical guidelines for conditions including diabetes, depression and heart failure will often result in potentially serious drug interactions.

THE UNIVERSITY OF DUNDEE

The University of Dundee is internationally recognised for the quality of its teaching and research and has a core mission to transform lives across society. More than 17,000 students are enrolled at Dundee, helping make the city Scotland’s most student-friendly. With high-quality teaching, world-leading research, and a £200 million investment in a compact, friendly campus with an unrivalled position in the heart of the city centre, the University of Dundee has been rated number one in Scotland for the past six years in the Times Higher Education Student Experience Survey. We send more graduates into the professions than any other institution in Scotland and our graduates enjoy some of the highest starting salaries in the UK. See www.dundee.ac.uk for further details