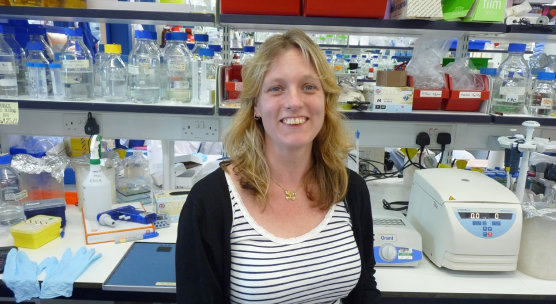 A stage-by-stage picture of a key cellular mechanism associated with the development of Parkinson’s Disease has been captured for the first time by a research team led by the University of Dundee.

The findings give further understanding of the possible causes of Parkinson’s disease and offer potential for multiple targets for therapeutics to be developed.

Parkinson’s disease (PD) is a neurodegenerative disorder with severe motor and non-motor symptoms. There are several genes associated with PD, with autosomal recessive juvenile Parkinsonism (ARJP) being the most prevalent inherited form of the disease.

It is recognised that mutations in the PARK2 gene leads to ARJP, with PARK2 mutations causing more than 50 per cent of cases. This gene makes a protein called parkin.

“Parkin is a protein which exists in what we call an auto-inhibited state,” said Dr Walden. “What we have done is work out how Parkin is kept switched off, and how it is switched on. It is necessary for it to be switched off because it is only needed under certain conditions.

“One part of the protein keeps it switched off. Effectively there is a `safety catch’ on the surface of the protein but it is hidden. When the activation process starts, the protein is modified and removes the cover for the safety catch. Once the safety catch is pressed, the inhibiting module is ejected, leaving the way clear for parkin to interact with the factors needed to do its job.

“By defining the multiple steps needed for going from off to on, we have provided the information needed to modulate each step. This is important because it reveals the mechanics behind a process that goes wrong in so many cases of Parkinson’s Disease.

“The fact there are several different stages offers the possibility of different ways to tackle the problems that occur in mutations of the gene and the subsequent activation, or lack of it, of parkin.”

The results of the research have been published in The EMBO Journal.

Dr Walden is a Programme Leader in the MRC Protein Phosphorylation and Ubiquitylation Unit (MRC PPU) at The University of Dundee. Her work has been focused on understanding the intricate molecular architecture of proteins.

With more than 900 scientists, research students and support staff from 61 countries and external funding in excess of £50 million per annum, the College of Life Sciences at the University of Dundee is one of the largest and most productive Life Sciences research institutes in Europe. The University of Dundee is the central hub for a multi-million pound biotechnology sector in the east of Scotland, which now accounts for 16% of the local economy. www.dundee.ac.uk.

The Medical Research Council is at the forefront of scientific discovery to improve human health. Founded in 1913 to tackle tuberculosis, the MRC now invests taxpayers’ money in some of the best medical research in the world across every area of health. Thirty-one MRC-funded researchers have won Nobel prizes in a wide range of disciplines, and MRC scientists have been behind such diverse discoveries as vitamins, the structure of DNA and the link between smoking and cancer, as well as achievements such as pioneering the use of randomised controlled trials, the invention of MRI scanning, and the development of a group of antibodies used in the making of some of the most successful drugs ever developed. Today, MRC-funded scientists tackle some of the greatest health problems facing humanity in the 21st century, from the rising tide of chronic diseases associated with ageing to the threats posed by rapidly mutating micro-organisms. www.mrc.ac.uk