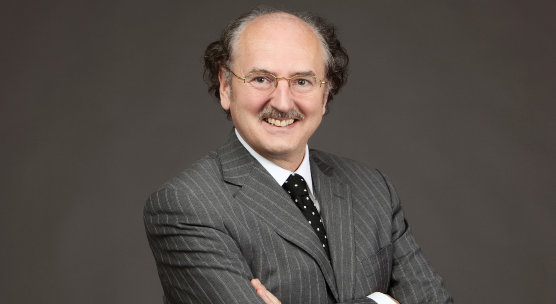 The Royal Society of Edinburgh (RSE) has published a wide-ranging report into options for Scotland’s gas future, calling for the public to be given a genuine opportunity to influence the decision-making process and be provided with meaningful information.

The report follows a Scottish Government announcement in January of a temporary moratorium on unconventional gas development, including the use of fracking, to allow for a national debate.

Professor Peter Cameron, Director of the University of Dundee’s Centre for Energy, Petroleum and Mineral Law & Policy, contributed to the report.

Professor Cameron said, “The RSE report - which strongly favours public participation in decision-making - could not be more timely. Legal powers over onshore oil and gas are being devolved to Scotland for the very first time. So, citizens will need to think hard about what actions they want the Scottish Government to take. This report can help them, and their representatives, to make informed decisions.”

Lead author and RSE Fellow Professor Rebecca Lunn said, “It is imperative that we consider the wider issue of how Scotland, as part of the UK, will meet demand for the gas required to heat homes and supply industry over the coming decades. We should not let the debate focus narrowly on unconventional gas or hydraulic fracturing. There are no easy solutions when it comes to supplying our energy needs; local impacts must be weighed up against issues of energy security, carbon emissions and social justice.”

The report highlights the importance of considering unconventional gas development in Scotland within the context of the UK’s need for gas to heat homes and for use in industry. The paper sets out the advantages and risks associated with the two options available to Scotland: importing gas or producing it domestically on- or offshore.

Issues around reducing energy use are also discussed. Scotland is committed to meeting climate change targets. Any action taken on gas supply has to be consistent with these environmental goals, in addition to addressing energy security, cost to the consumer and public acceptance.

Reducing the need for gas would have to occur in line with a demand reduction across the entire energy sector. Simply moving heat demand from gas to electricity would put further stress on electricity generation. This could decrease Scotland’s use of fossil fuels, lower the rate of fuel poverty and have a positive impact on the environment. However, a significant reduction in gas consumption may prove difficult to achieve, due to the vast majority of homes being reliant on gas for heating, and the nation’s varied and ageing housing stock.

Importing gas poses little adverse impact to the health, safety and wellbeing of the Scottish public, but it could affect workers and populations overseas. Multiple import options exist and the UK’s membership of the European Union provides a reliable level of energy security. However, a reliance on imports could leave Scotland vulnerable to political instability and unforeseen circumstances in source countries. The transportation of fuel results in significant carbon emissions through pipeline leakage and increased energy consumption for transportation. These emissions do not currently count towards Scotland’s climate change commitments, despite their impact on the environment.

Domestic onshore production of gas would give Scotland regulatory control over extraction and production. Recent advances in technology have unlocked the potential to extract Scotland’s onshore unconventional gas, some of which would require ‘fracking’. It could improve energy security and create jobs, and the environmental impact is comparable to that of conventional gas. Issues around public health, wellbeing and safety do not appear to present risks that are higher than conventional onshore gas, although a degree of uncertainty is present.

Scottish public opinion on onshore development, particularly surrounding safety concerns, is often negative. The characteristics of onshore production are notably different from the offshore industry, with which the country is familiar. Increased traffic, noise and light pollution would occur during early stages of development. Considerable uncertainty exists over potential reserves of unconventional gas, which means that, should the Government decide to invest heavily in this industry, there would be no guarantee of success.

Health and environmental issues concerning offshore industry are already well known; although it appears likely that further development would prove less safe for workers than onshore. New activity offshore could create jobs and enhance security of supply. However, while the North Sea contains considerable potential resources, significant investment would be required to ascertain the viability of reserves. In addition, as a result of the increased costs of the offshore industry, in comparison to onshore, it may prove less economic.

When decisions are made over securing Scotland’s gas future, choices should not be imposed on the public from above, nor should communities be left to decide whether they wish to host onshore developments on a case-by-case basis. Questions over how Scotland will move forward in meeting its energy needs must be addressed at a societal level through meaningful public involvement. Important decisions can only be reached when all available gas sourcing options, and their individual consequences, are analysed; rather than by focusing debate on a binary choice over a specific extraction technique.

A considerable degree of uncertainty surrounds much of the debate. A concerted attempt to reduce this uncertainty, particularly in relation to onshore and offshore resources and reserves, would help the Scottish public access the information it needs to contribute to the decision-making process.

The main findings of the report, entitled Options for Scotland’s Gas Future,were presented to the Scottish Parliament Cross-Party Group on Science and Technology on the evening of Tuesday 16th June.

The Royal Society of Edinburgh is a leading educational charity operating on an independent and non-party-political basis to provide public benefit throughout Scotland. Established by Royal Charter in 1783 by key proponents of the Scottish Enlightenment, the RSE now has around 1600 Fellows from a wide range of disciplines. The work of the RSE includes awarding research funding, leading on major inquiries, informing public policy and delivering events across Scotland to inspire knowledge and learning.