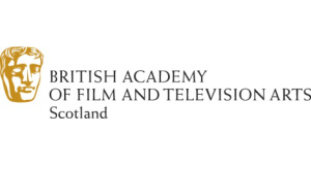 A group of University of Dundee graduates have been nominated for one of the premier awards for emerging filmmaking talent in Scotland.

Kieran Duncan, Tom Paxton and Steph Flynn, who graduated last year from the MSc Animation & VFX course at Duncan of Jordanstone College of Art & Design, part of the University, have been nominated in the Animation category of the BAFTA Scotland New Talent Awards 2015.

The team will find out if their film, ‘Mitigating Circumstances’, is successful when they attend the glittering ceremony at The Arches, Glasgow, on Thursday, 9th April.

The three-minute film took Kieran, Tom and Steph four months to create. Mixing live-action with animation, it tells the story of a typical art student and his battle with academia and distraction.

MSc Animation & VFX course director Phillip Vaughan praised the trio for their work, saying, “The three filmmakers really excelled on the course, and pushed the boundaries of what you can do in a tight animation and visual effects production timescale, producing a brilliant short, in terms of technical ability and creativity.

“The students worked incredibly well together, they should be very proud of what they have produced. Fingers crossed for a win on the night! ”

‘Mitigating Circumstances’ will compete for the prize against ‘Domestic Appliances’ by Lewis Firth Bolton and ‘Separate Lives’ by Mayra Hernandez Rios, Jared Taylor and Aleksandra Kova?. Both of these nominees are representing Edinburgh College of Art.

The BAFTA Scotland New Talent Awards are designed to identify, encourage and support the best young filmmakers in the country, and are regarded as a vital springboard for directors, producers, writers and others involved in the industry to progress in their careers.

Thirty-nine nominees have been selected across 13 categories by juries made up of industry professionals. The winners from each category will go on to compete for the ultimate award of Best New Work, supported by Channel 4, a prestigious title clinched last year by Factual winner, ‘Finding Family’.

Jude MacLaverty, Director of BAFTA Scotland, said, “BAFTA Scotland continues to be dedicated to nurturing emerging talent in Scotland and we were overwhelmed by the incredible quality of entrants to this year’s British Academy Scotland New Talent Awards. These nominations show that there is no shortage of talent in Scotland today and we look forward to unveiling the winners in April.”