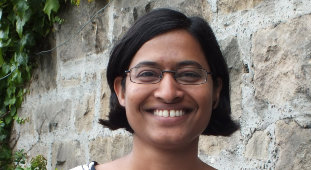 Nicola Sturgeon came out as the highest rated, with Ed Miliband not far behind. David Cameron and Nick Clegg had slightly lower ratings while Natalie Bennet and Leanne Wood’s grades ranged from A to F and Nigel Farage received a failing mark.

Those were the impressions of voters who took part in focus groups conducted as part of the 2015 Qualitative Election Study of Britain (QESB 2015) at the University of Dundee last night. Fifteen people took part in the research which involved watching the debates and reacting to them in real time.

“This is the only chance for voters to see seven party leaders on stage, defending their ideas and their policies,’ said Principal Investigator Dr Edzia Carvalho. “Our participants certainly had a lot to say about the performance of the various leaders.”

Participants were asked to write down their impressions of each leader as the debate unfolded. They also gave each leader a final overall mark from A to F.  Participants reported having learned useful new things from watching the debates.

“Although people expressed some concern at the presidential style of the debates, there was wide general agreement that debates are a good thing and should certainly remain part of the General Election campaign in future,” said Dr Kristi Winters, the study’s international co-investigator from GESIS, Cologne.

The 2015 Qualitative Election Study of Britain (QESB 2015) will conduct 20 focus groups before and after the May 7th vote to identify how the various party campaigns are resonating with the public. QESB 2015 aims to provide an insight into the reasons, opinions, and motivations underlying voting behaviour, rather than the statistics generated by opinion polls and other surveys.

Researchers will gauge the individual issues of greatest concern to the electorate and how they relate to and influencing voting intentions. The post-election focus groups will look at whether participants changed support during the campaign and why.

The research is funded by the British Academy and the Leverhulme Trust.