Dundee scientist elected to the American Academy of Microbiology 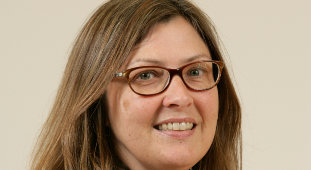 Professor Tracy Palmer, of the University of Dundee, has been elected a Fellow of the American Academy of Microbiology.

Fellows of the Academy are elected annually through a highly selective, peer-review process, based on their records of scientific achievement and original contributions that have advanced microbiology.

Her research aims to understand the molecular details of protein export in bacteria. All bacteria export proteins, and this is essential for them to colonize their environments and for pathogenic microbes to cause disease. Her previous work helped to discover a novel protein exporter called Tat that bacteria use to transport pre-folded proteins.

She has also played a key role in advising Dundee’s hugely successful teams in the international student iGEM competition.

“I was surprised and delighted to be elected a Fellow of the American Academy of Microbiology,” said Professor Palmer. “It is a fantastic honour and I want to acknowledge the dedication of past and current members of my research team.

“This honour shows how well regarded Dundee is internationally in this field of research.”

There are over 2,400 Fellows of the American Academy of Microbiology. They represent all sub-specialities of microbiology, including basic and applied research, teaching, public health, industry, and government service. In addition, Fellows hail from all around the globe. The “class of 2015” includes Fellows from the USA, Canada, Germany, Sweden, Australia, China, Japan, Chile, Ireland, France, the UK, Italy, and South Africa.