Discovery of a novel antimalarial compound published in Nature 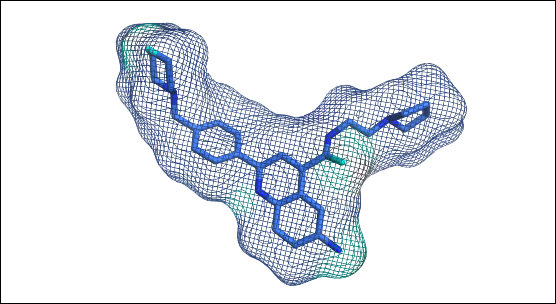 The details of the discovery, properties and mechanism of action of a novel antimalarial compound, DDD107498, have been published in the journal Nature. DDD107498 has the potential to treat malaria patients in a single dose, including those with malaria parasites resistant to current medications, and help reduce the transmission of the parasite.

The compound was identified through a collaboration between the University of Dundee’s Drug Discovery Unit (DDU) and Medicines for Malaria Venture (MMV).

“The publication describes the discovery and profiling of this exciting new compound,” said Professor Ian Gilbert, Head of Chemistry at the Drug Discovery Unit, who led the team that discovered the compound. “It reveals that DDD107498 has the potential to treat malaria with a single dose, prevent the spread of malaria from infected people, and protect a person from developing the disease in the first place.

“There is still some way to go before the compound can be given to patients. However we are very excited by the progress that we have made.”

“Malaria continues to threaten almost half of the world’s population – the half that can least afford it,” said Dr David Reddy, MMV’s CEO. “DDD107498 is an exciting compound since it holds the promise to not only treat but also protect these vulnerable populations. The collaboration to identify and progress the compound, led by the Drug Discovery Unit at the University of Dundee, drew on MMV’s network of scientists from Melbourne to San Diego. The publication of the research is an important step and a clear testament to the power of partnership.”

Dr Kevin Read, joint leader of the project, also based at the Drug Discovery Unit at Dundee, said, “New drugs are urgently needed to treat malaria, as resistance to the current gold-standard antimalarial drug is now considered a real threat. The compound we have discovered works in a different way to all other antimalarial medicines on the market or in clinical development, which means that it has great potential to work against current drug-resistant parasites. It targets part of the machinery that makes proteins within the parasite that causes malaria.”

“The need for new antimalarial drugs is more urgent than ever before, with emerging strains of the parasite now showing resistance against the best available drugs,” said Dr Michael Chew from the Wellcome Trust, which provides funding for the Dundee DDU and MMV. “These strains are already present at the Myanmar-Indian border and it’s a race against time to stop resistance spreading to the most vulnerable populations in Africa. The discovery of this new antimalarial agent, which has shown remarkable potency against multiple stages of the malaria lifecycle, is an exciting prospect in the hunt for viable new treatments.”

“Our partnership with MMV was critical to the progress of this compound,” added Professor Ian Gilbert. “Dr Paul Willis at MMV and Sir Simon Campbell, a mentor from MMV’s Expert Scientific Advisory Committee, gave invaluable input to the project. We have extensively profiled the compound, investigating its properties to understand how it works; this could not have been done without MMV’s scientific input and support of its network of partners around the world.”

The World Health Organisation reports 200 million clinical cases of malaria in 2013, with 584,000 people dying from the disease. Most of these deaths were children under the age of 5 and pregnant women.

The University of Dundee team has been working with MMV since 2009 to identify potential new treatments for malaria. The project was initiated by testing a collection of around 4,700 compounds at the University of Dundee Drug Discovery Unit to see if any would kill the malaria parasite. From this screening, the chemical starting point was identified and then optimised through cycles of design, preparation and testing, by a team of chemists and biologists.

In October 2013, MMV selected DDD498 to enter preclinical development following the recommendation of its Expert Scientific Advisory Committee. Since then, with MMV’s leadership, large quantities of the compound have been produced and it is undergoing further safety testing with a view to entering human clinical trials within the next year.

In a critical next step in the progression of DDD107498, Merck Serono has recently obtained the right to develop and, if successful, commercialize the compound, with the input of MMV’s expertise in the field of malaria drug development and access and delivery in malaria-endemic countries.

With more than 900 scientists, research students and support staff from 61 countries and external funding in excess of £50 million per annum, the College of Life Sciences at the University of Dundee is one of the largest and most productive Life Sciences research institutes in Europe. The University of Dundee is the central hub for a multi-million pound biotechnology sector in the east of Scotland, which now accounts for 16% of the local economy. www.dundee.ac.uk.

The Drug Discovery Unit (DDU) at the University of Dundee is the only fully operational, fully integrated drug discovery group working across multiple diseases based within a UK university. The DDU tackles unmet medical need through small molecule drug discovery, bridging the gap between academic scientific research and commercial drug discovery and development. We draw on the best of both these worlds, employing over 80 highly skilled, experienced scientists from both academic and pharmaceutical industry backgrounds, with a professional, pioneering approach to their work. Our aim is to collaborate with partners in Dundee and beyond to identify lead compounds, potential drug targets and novel tools and approaches to develop improved treatments for a wide range of debilitating and deadly diseases. http://www.drugdiscovery.dundee.ac.uk/

Medicines for Malaria Venture (MMV)
MMV is a leading product development partnership (PDP) in the field of antimalarial drug research and development. Its mission is to reduce the burden of malaria in disease-endemic countries by discovering, developing and facilitating delivery of new, effective and affordable antimalarial drugs.

Since its foundation in 1999, MMV and partners have developed and brought to registration four new medicines: Pyramax®, (pyronaridine-artesunate) co-developed with Shin Poong; Eurartesim® (dihydroartemisinin-piperaquine) with Sigma-Tau; Guilin’s artesunate injection for the treatment of severe malaria, Artesun®; and Coartem® Dispersible (artemether-lumefantrine), a child-friendly formulation developed with Novartis. Since 2009, over 250 million courses of Coartem Dispersible treatment have been supplied to 50 malaria-endemic countries; and since prequalification in 2010, an estimated 25 million vials of artesunate injection have been delivered, saving 165,000 additional lives.

Managing the largest portfolio of antimalarial R&D projects ever assembled, of over 65 projects, MMV has nine new drugs in clinical development addressing unmet medical needs in malaria, including medicines for children, pregnant women and relapsing malaria, and drugs that could support the elimination/eradication agenda. MMV’s success in research and access & product management comes from its extensive partnership network of over 375 pharmaceutical, academic and endemic-country partners in 50 countries.

MMV’s vision is a world in which innovative medicines will cure and protect the vulnerable and under-served populations at risk of malaria, and ultimately help to eradicate this terrible disease.
www.mmv.org