CAHID reveal some of the mysteries of 9,000-year-old decapitation 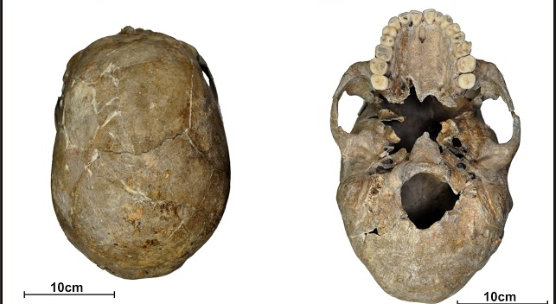 The University of Dundee’s Centre for Anatomy and Human identification (CAHID) have helped archaeologists understand more about the oldest case of decapitation ever found in the New World.

André Strauss from the Max Planck Institute for Evolutionary Anthropology was excavating the Lapa do Santo site in eastern Brazil when he struck upon a head buried under a rock. The rest of the skeleton never materialised but Strauss slowly uncovered the disembodied skull and hands, partially crushed as a result of being buried for thousands of years.

The remains have been dated to around 9,000 years old and the severed hands covered its face in a mysterious pose—left hand over the right side of the face, fingers pointing up, and right hand over left side, pointing down.

The next oldest known decapitation in South America occurred some 6,000 years later in Peru, and the new find raised many questions about how hunter-gatherers living in a simple society with few tools managed to carry out such a gruesome act.

It was at this point that Strauss turned to Professor Sue Black, Director of CAHID, for help. Comparing the remains to those of a modern-day case of decapitation, they identified the same kind of fractures in the neck, suggesting that after the head was partially cut off it was manually pulled and twisted to complete the process.

“We were the forensic team that identified the manner in which the decapitation most likely occurred," said Professor Black. “Examining the skull, we saw fractures consistent with hyper extension of the head and rotation. There would also have been cutting but the fracturing of the neck bones indicated a violence to the region.”

Archaeologists cannot explain the reasons why the Lapa do Santo man was decapitated. They have ruled out the possibility of it being so the head could be used as a trophy while signature isotopes in his bones suggest he was a local rather than an outsider or rival, leaving some to speculate that the arrangement of the hands indicated some form of symbolic ritual.

The paper has been published in the PLOS-ONE Journal and also features in National Geographic’s Gory Details blog - http://phenomena.nationalgeographic.com/2015/09/23/oldest-decapitated-head-in-new-world-found-in-vogue-pose/.