Café Science Extra - `Are you a chicken-flavoured nipple biscuit?' 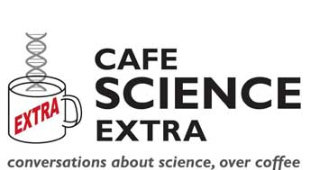 Historically, highly educated scientists and their detractors have not been above throwing puerile abuse at each other, and it is not surprising that this continues in the digital age as this month’s Café Science Extra event will show.

Dr Jonathan Mendel from the University of Dundee will be joined by Dr Hauke Riesch of Brunel University London to discuss the subject at Dundee Science Centre on Wednesday, 22nd April in a talk titled ‘Are you a chicken-flavoured nipple biscuit? Science blogs, comments and trolling’.

Science blogging has been heralded as a means of improving how scientists communicate and enhancing public understanding of very complex issues. The resulting conversations on these blogs can be vibrant – and sometimes extremely heated, as Dr Mendel explained.

“They can also attract very uncivil commentators, or trolls, leading to some online comment spaces being closed down due to worries about arguments. Dr Riesch and myself will look in more detail at the impact of exchanges with these trolls and argue that trolling can actually have a positive effect on the development of serious online discussions about science.”

Dr Mendel is based within the University’s School of the Environment. A political and social geographer, his research interests include online networks, communities and spaces.

Café Science was launched in January 2008, and has attracted more than 6000 visitors since then. The monthly events are informal discussions led by leading local researchers that allow members of the public the opportunity to learn more about the ground-breaking science happening locally.

Café Science Extra allows members of the public to meet with up-and-coming scientists from the Universities of Dundee, St Andrews and Abertay, the James Hutton Institute, and Dundee Science Centre.

‘Are you a chicken-flavoured nipple biscuit? Science blogs, comments and trolling’ takes place at Infusion coffee shop, Dundee Science Centre, at 6pm on Wednesday, 22nd April. Doors open at 5.30pm, and the event is free and open to all. The event is non-bookable and places are limited. An early arrival is recommended.

More information is available at www.cafesciencedundee.co.uk.