Museum Services has a large collection of Physics instruments, many of them dating back to the early days of teaching in University College, Dundee. 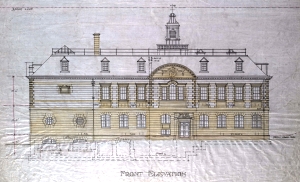 Physics has been taught here since in 1883. Originally called Natural Philosophy, the subject gained its own department in 1895 when the Harris Chair of Physics was established, named after the wealthy benefactors William and Margaret Harris.

In the 1900s, influenced by the ideas of Patrick Geddes, a quadrangle of new science buildings was designed with Physics on the west side and Engineering on the north.

The Carnegie Physics laboratory was designed by Rowand Anderson and Balfour Paul, and was opened in 1909. The Engineering laboratory (now the Harris Building) followed later that year, designed by James Findlay.

The Peters Electrical Engineering laboratory and a 1912 extension to the Harris Building completed the design of the quadrangle. 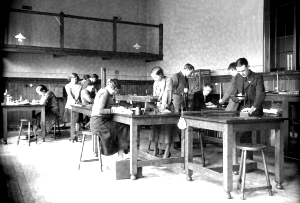 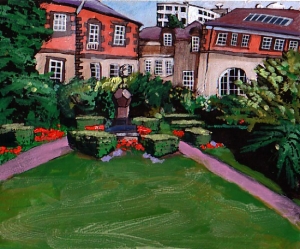 Electrical Engineering was part of Physics until a separate chair was established in 1947. In 2000 the two subjects were merged again and currently form the Division of Electronic Engineering, Physics & Renewable Energy.

Although the department moved to the Harris Building in the 1980s, it is still known as the Carnegie Laboratory of Physics.

Still responding to technological change, the Division now awards degrees in Renewable Energy as well as in Physics and Electronic Engineering, and has research interests in Materials Engineering, Photonics and Biomedical Engineering.

You can see a number of instruments and learn about the history of Physics at the University of Dundee by visiting the new display located in Harris Building. 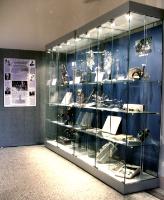