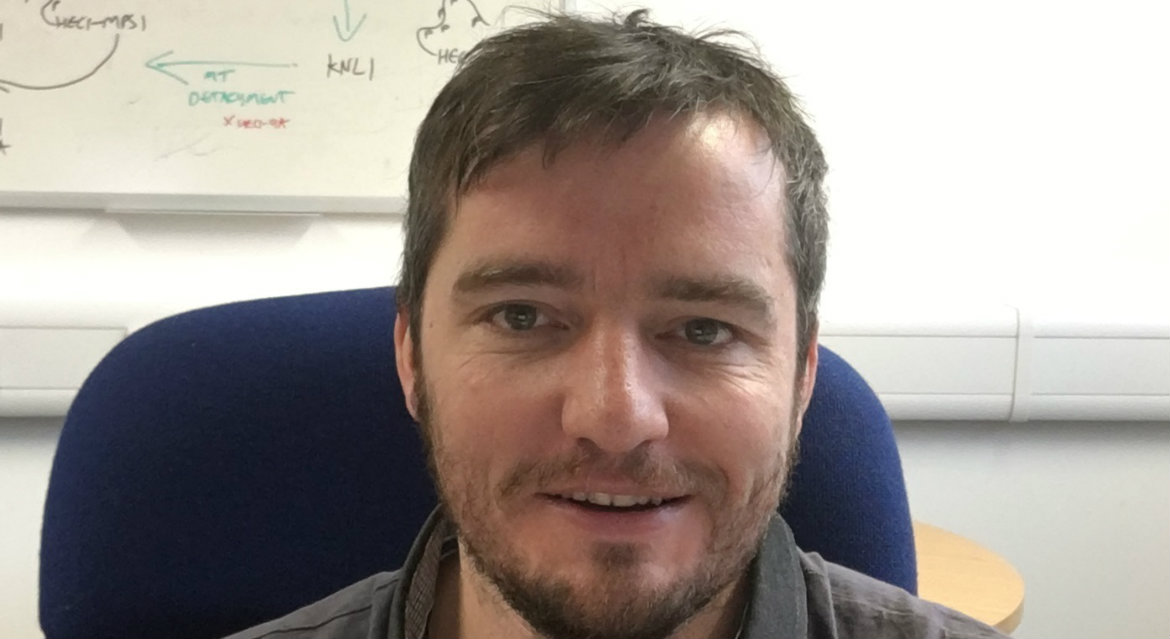 Researchers at the University of Dundee have made an important discovery about two enzymes that have evolved over billions of years to control many different bodily functions, including playing a critical role in preventing cancer.

The team, led by Dr Adrian Saurin from the University’s School of Medicine, investigated the enzymes PP1 and PP2A which were known to be vital to the process of cell division, although the precise role they played has puzzled scientists until now.

Cell division, also known as mitosis, sees a parent cell divide into two daughter cells containing the same DNA content. If this process goes wrong, and the DNA is not partitioned equally, then diseases such as cancer can arise.

To safeguard against these errors, the cell uses two classes of enzymes, known as kinases and phosphatases, to monitor division and switch signals on and off at certain times. Although the kinases that turn signals on are well understood, much less is known about the phosphatases that switch them off.

Dr Saurin explained, “There are two major processes in cell division that make sure your chromosomes segregate properly and if either of these go wrong then it can give rise to cancer, so understanding them is critical.

“It’s been known for some time that PP1 and PP2A control these processes differently, but what wasn’t clear was how they managed to do this.”

To investigate this further Dr Saurin’s team deployed genetic tricks to switch these enzymes in the cell and what they found surprised them at first.

“If we removed either one of these enzymes, then we could make things normal again by putting the other in its place. In fact, the closer we looked the more similar these enzymes appeared to be,” continued Dr Saurin.

“That was puzzling because if these enzymes were so similar, then why had they been so well conserved over billions of years? The fact that they are each present in almost all living things told us that they must both do something incredibly important and unique.

“The most important thing a phosphatase needs to do is take an organic chemical called a phosphate off proteins. What we eventually discovered was that although PP1 and PP2A both removed phosphate very similarly, the big difference was that the phosphate itself could turn on PP2A, but turn off PP1

“That was an incredibly exciting discovery. Not that they responded in this opposite way – that had been known for some time – but rather that this was the only difference we could detect between these enzymes.”

Dr Saurin and his colleagues turned their attention to the question of whether this could explain their unique effects on cell division. They used computer modelling to show that identical enzymes could still produce different effects if they respond in opposite ways to phosphorylation inputs. As a result, these enzymes produce different effects without actually doing anything unique at all.

“That was really quite remarkable,” said Dr Saurin. “These enzymes are so very similar in what they actually do, but in terms of how they respond to phosphorylation inputs they really are yin and yang. That is critical for cell division, and probably also for many other cellular processes as well.

“In hindsight then, the answer to the puzzle turned out to be quite obvious. These enzymes are so well conserved because they respond to phosphorylation inputs in this yin/yang manner. It’s absolutely critical that cells have the capacity to turn phosphatases on or off in this way, which explains why they are both so essential for life.

“The next big question is why do these opposite enzymes need to work together to protect cells against cancer? Figuring that out is going to be a real challenge, but we hope that one day it may provide clues as to how cancer develops and perhaps even open up new avenues for cancer treatment.”

The research has been published in the latest edition of the journal Cell Reports.