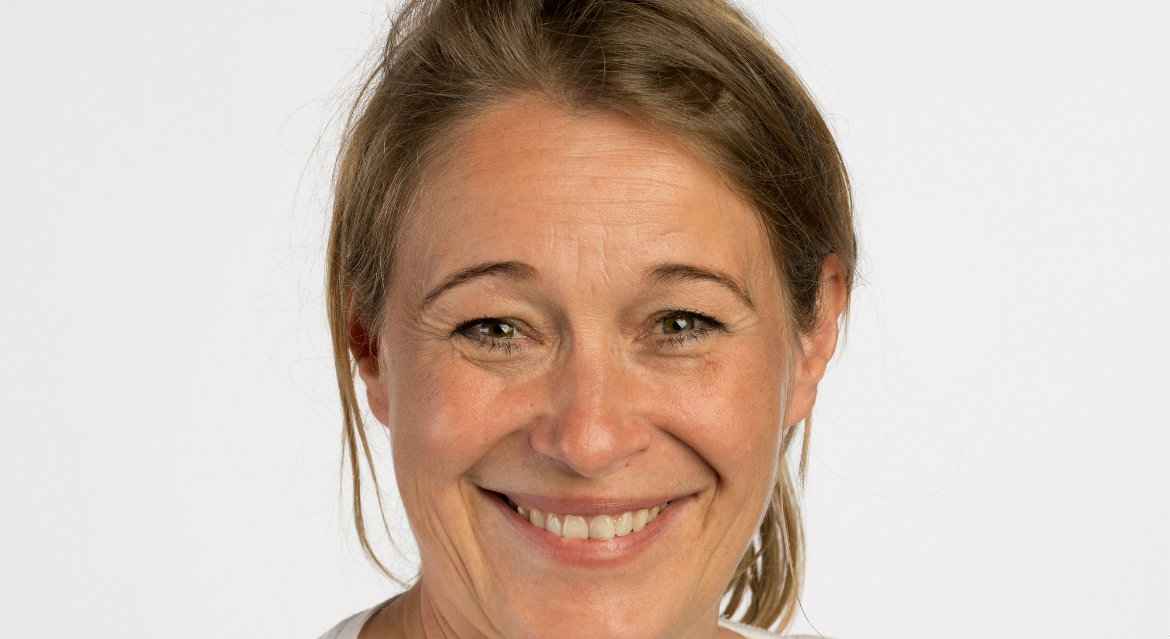 A jewellery designer from Duncan of Jordanstone College of Art & Design will this week become the first woman to join the Hammerman Incorporation of Dundee since the organisation was founded almost 450 years ago.

Teena Ramsay, Jewellery & Metal Design Programme Director at Duncan of Jordanstone, will swear the historic oath of allegiance to the Hammermen at their AGM on Thursday 19 September. While the admission of its first female member marks a watershed moment for the Hammermen, other long-standing traditions will still be upheld when Teena strikes the ceremonial anvil and signs her name in the Incorporation’s locket book, a document which dates back to 1587.

The Hammermen are long-term supporters of the Jewellery & Metal Design course at Duncan of Jordanstone and sponsor annual prizes that enable students to develop their practice. It was this relationship and Teena making the Incorporation’s ‘Boxmaster Chain of Office’ that led to her being invited to join. The Chain will be worn on the evening as Teena is confirmed as a member.

“I am delighted to be the first woman admitted to the Incorporation and hope to do my bit to help it prosper in years to come,” said Teena. “The Hammerman Incorporation has been a great friend to us in recent years and I hope this leads to more women becoming involved.

“It is an honour to be involved in one of the historic Nine Trades, who played such a pivotal role in Dundee’s development and continue to play an important role in the civic life of the city.”

The Hammerman Incorporation of Dundee is one of the historic Nine Incorporated Trades of Dundee. The organisation was formed in the 16th century to create a strong bargaining group to oversee the individual trades, help them control their funds, and to provide funds for charitable causes. In addition they purchased property and participated in the running of many bodies within the City of Dundee, providing board members and funds to many key institutions and organisations.

Hammermen of all kinds have been noted as working in the burgh of Dundee as far back as the early 15th century. In a town as prosperous as Dundee, where precious metal ornaments were worn on belts and used for buckles, there were many goldsmiths and silversmiths. Armour and guns were also produced by members.

Today, the Trades are largely involved in charitable work, mostly connected with education, and acting as pressure groups. The Hammerman Incorporation currently has more than 60 members, including panel beaters, blacksmith plumbers, mechanics and engineers of various description.

“I was delighted to ask Teena to join our Incorporation and delighted that she agreed to do so,” said Raymond Edwards, Clerk to the Hammerman Incorporation of Dundee. “Our members must work with hammers in their everyday business and, because these jobs tend to be male-dominated, that has perhaps prevented women from joining, even though our constitution changed to allow them several years ago.

“What Teena does obviously fits with the trade and provides a link to the goldsmiths and silversmiths who were an integral part of the Incorporation throughout its history. We have made a concerted effort to breathe new life into the organisation in recent years and through our relationship with Duncan of Jordanstone we hope some of Teena’s students will go on to become members and form the new generation of Hammermen.”