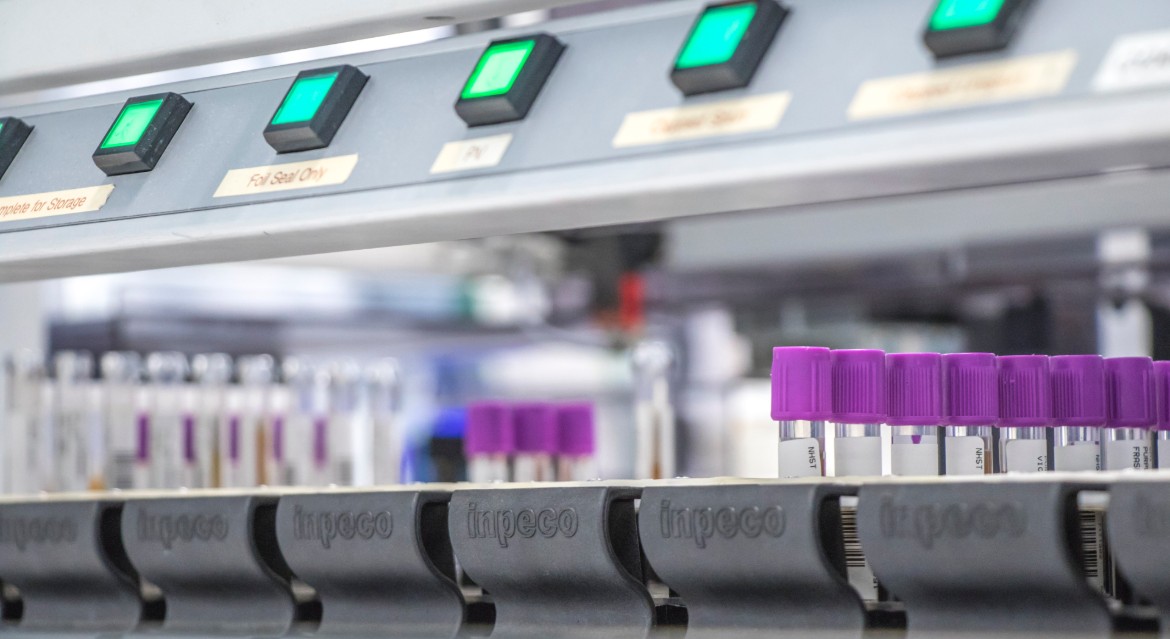 A new way of detecting liver disease decades before it can become fatal has been developed by a team of scientists at the University of Dundee and NHS Tayside.

It comes as clinicians warn of a `ticking time bomb’ of alcohol-related and obesity-related liver diseases.

Liver disease, which is notoriously asymptomatic, has become the second most common cause of death in under 65 year-olds in the UK. Unlike other common causes of death which have begun to decline in recent years, the age-standardised mortality rates for liver disease have risen by nearly 600% since the 1970s.

Liver function is routinely investigated by testing blood samples requested by GPs. Results commonly show abnormal liver function but this is often under-investigated due to the many different and complex reasons for an abnormal result. This misses the opportunity to diagnose and treat liver disease at an early stage.

Professor John Dillion, Consultant gastroenterologist and hepatologist, said, “Around 800 people die from liver disease every year in Scotland and the wards are full of liver failure in ways that they just weren’t two decades ago. Liver disease is a silent killer, it creeps up on you. So it is crucial that we find a way to detect it earlier and switch off this ticking time bomb.”

Using advances in laboratory technology, the team created the new iLFTs which see more tests automatically carried out on a patient’s blood sample if there is a suspected liver disorder or abnormal results with no clear explanation.

Initial results from the trial showed a 44% increase in diagnosis of liver disease, giving patients earlier access to treatment. Professor Dillon said, “In looking at a large set of patient data from Tayside we noticed abnormal liver function tests popping up that were not fully investigated.

“All too often we were seeing patients dying of liver failure who had abnormal Liver Function Tests recorded years before when something could have been done. This stopped us in our tracks. We asked ourselves if these had been detected earlier, what difference could it have made?

“By applying variables to the existing IT systems in the lab, we were able to develop a system that detects the early warning signs of liver disease and which can then give GPs the tools they need to make a solid diagnosis and begin treatment plans. More importantly, our modification allows us to immediately differentiate between alcoholic or non-alcoholic fatty liver disease and the more rare diseases such as autoimmune liver diseases, Hepatitis C or metabolic diseases, meaning those who need immediate assistance receive it faster.”

Since being launched in NHS Tayside in June last year more than 2,500 patients have been tested, with 30% of these showing abnormal results.

Professor Dillion added, “We’ve been predicting that a liver failure epidemic has been coming but now we are seeing hard-evidence that it is already here. We hope that, with continued tests, people drinking too much or eating high-fructose sugars can make the lifestyle changes now that will reduce the number of those coming into hospital with fatal liver failure in the years to come.”

The results of the team’s work have been published in the Journal of Hepatology this month.

iLFT tests have now been made standard practice across NHS Tayside and the Scottish Government’s Modern Outpatient Programme is considering the opportunities this might present, with work underway to determine whether there is potential to roll this out more widely across Scotland.

Health Secretary Jeane Freeman said, “This is an innovative piece of work that is using technology to bring a real improvement to patients’ outcomes. Early detection is absolutely key to successful treatment. I would like to congratulate the team at the University of Dundee and NHS Tayside for their valuable work in this area.”

Dr Andrew Fraser, Clinical lead for roll out of iLFT from the Scottish Government’s Modernising Outpatients Directive, said, “For too long have we seen the rise in patients presenting with advanced liver disease which could have been picked up on routine tests at a much earlier stage. The development by the Dundee team will help to identify those at an early stage where directed intervention can prevent progression to end-stage liver disease. This is only available to patients in Tayside at present and we strongly recommend other health boards adopt it as standard practice across Scotland.”