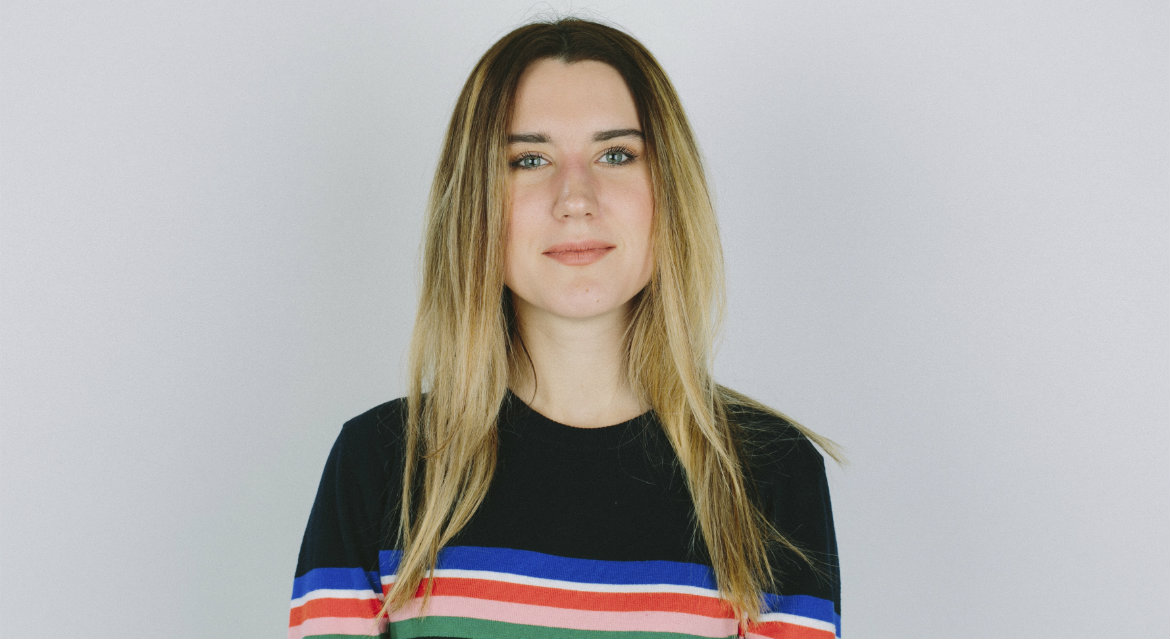 A University of Dundee graduate has been singled out as one of the comics industry’s rising stars just a few months after leaving university.

Anna Morozova graduated in November with MDes in Comics & Graphic Novels and was commissioned by 2000 AD, one of the most successful British comics of all time, to draw for ‘Future Shock’, a section dedicated to the best up-and-coming writers and artists. She has provided the art for a story entitled Juncture, written by Andi Ewington, which will appear in the comic later this year.

Anna said, “Illustrating a story for 2000 AD is an honour and I am very excited to join the list of creators who contributed to this legendary title. It is a fantastic professional starting point which was possible thanks to such a unique programme here in Dundee. I hope that the readers will enjoy my art on the pages of the forthcoming Future Shock.

“Finding the right style and approach was probably the most challenging part but I had a job to complete so I tried not to overthink the process. It was a truly enjoyable project and it provides a degree of confidence that the choices I made in the past were right.”

Anna, who was born in Russia and grew up in Estonia, now lives in Dundee. She hadn’t considered art as a career until a few years ago but the course at Dundee offered her a route to explore where her hobby could take her.

“I felt it was worth giving art another chance and Dundee was ideal due to its role in the history of British comics,” she added.

Anna’s commission came after MDes Programme Director Phillip Vaughan sent examples of her work to the editor of 2000 AD.

“We are heavily invested in working with industry partners and 2000 AD is as good as it gets,” he said. “The comic has been running weekly from 1977, and is a national institution. I sent the work to 2000 AD editor Matt Smith, to show him what our students are capable of and he picked up on Anna’s work.

“It is great that our students are getting work with comics publishers like 2000 AD and this will be a fantastic platform for Anna to demonstrate her talent and ability to a wider audience. We look forward to working with 2000 AD and other publishers in the future.”

Anna was also the winner of the Comichaus competition, which was run in conjunction with the MDes course at Dundee last year. She illustrated a short story called Blasphemy, written by George Fredericks, which features in the latest issue of the Comichaus series, and she has been invited back to illustrate another strip for the title.

The University has been a pioneer in the field of comics scholarship at a time where there has been growing acknowledgement of comics and graphic novels as increasingly sophisticated texts which comment on culture, politics and values, and cross over into areas such as television, film, computer games and the internet. In recognition of this work, Dundee academic Chris Murray was appointed the world’s first Professor of Comics Studies.

Students who have graduated from the Masters in Comics & Graphic Novels at Dundee have gone on to work for major comics publishers such as Marvel, DC Comics, Vertigo, Image, Dark Horse Comics, Boom! Studios, Titan Comics, Rebellion/2000 AD and DC Thomson.

For more information about the Masters in Comics & Graphic Novels, please visit https://www.dundee.ac.uk/study/pg/comics-graphic-novels/.