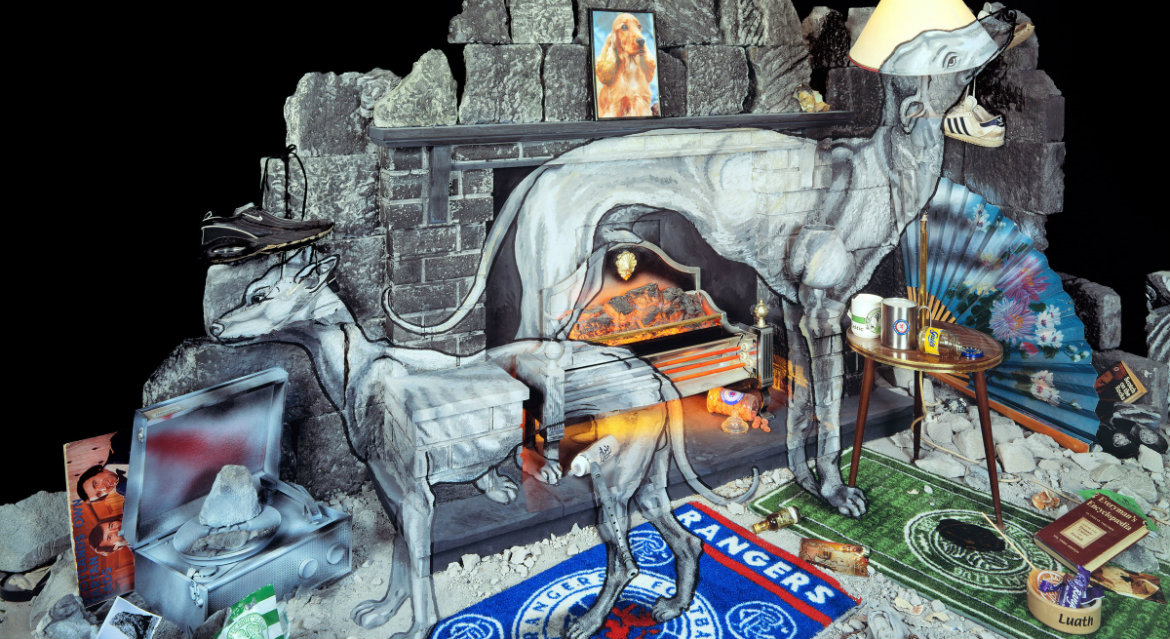 The career of Calum Colvin, Professor of Fine Art Photography at Duncan of Jordanstone College of Art & Design, is celebrated in a new book charting his work over the past four decades.

The Constructed Worlds of Calum Colvin, written by art historian Tom Normand, is the first major retrospective examining how Professor Colvin, one of Scotland’s leading contemporary artists, has developed creatively over the years.

Professor Colvin discovered photography in the 1980s under the mentorship of documentary photographer Joseph McKenzie while studying sculpture at Duncan of Jordanstone. The method and intricacy of his constructed photography is revealed in the book.

Professor Colvin’s work graduated quickly from early emotive black and white images of desolate subjects to layered installations, taken with a large field-camera, carefully composed over up to three months. He has exhibited extensively in Europe and the United States and has worked on commissions for several major galleries, with the Scottish Parliament being among the venues to feature his work.

“You build up quite a body of work over the decades so it is very exciting to be able to look back at your career in this way,” said Professor Colvin. “When you produce work for years it evolves over that time so the surprise for me is to see my output juxtaposed and discussed in terms of themes rather than by the date.

“When the idea was proposed to me I instantly wanted it to be a very readable book that people outside the art bubble will get as well. I have known Tom Normand for years and he probably knows my work better than anyone so he was the perfect person to write it.”

The new book, published by Luath Press, was described as “brilliant” by Scottish sculptor and installation artist David Mach, who added, “It’s rare to find an artist that gives you history, myth, comedy, tragedy, pathos and drama all at the same time. Seeing one of his works is like going to the theatre”.

The Constructed Worlds of Calum Colvin will be launched at the Scottish National Portrait Gallery on Friday 23 August. A series of other events to celebrate the launch of the book will be held across Scotland in the coming months.

Copies can be ordered by visiting https://www.luath.co.uk/productsc/seeing-calum-colvin.