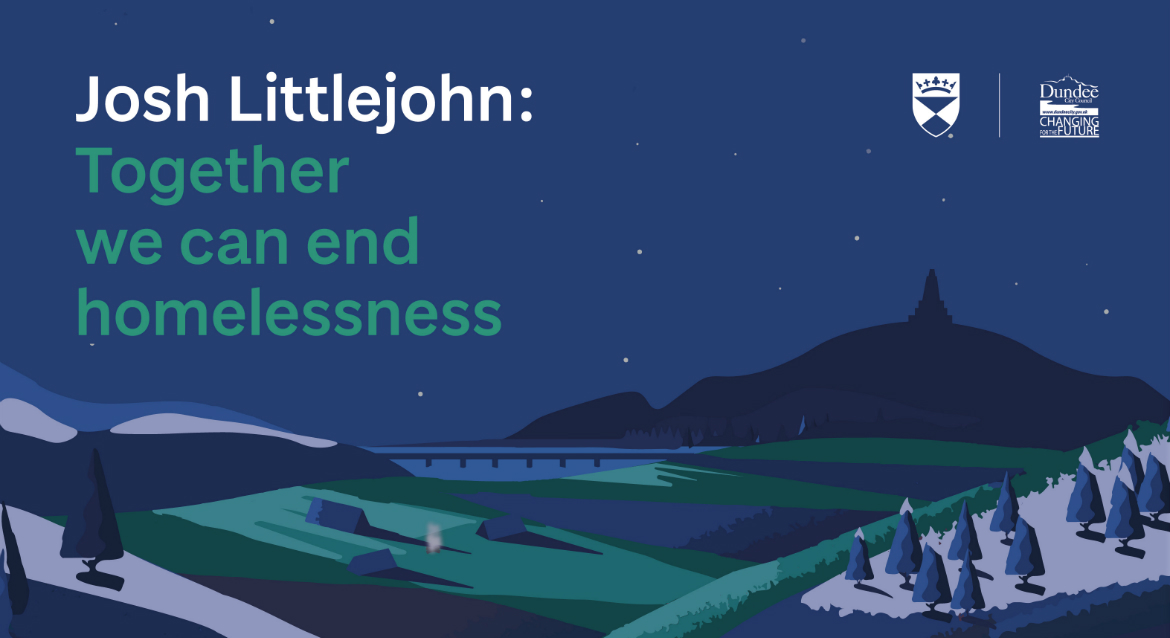 One of Scotland’s leading philanthropists hopes to harness the Christmas spirit to mobilise Dundonians in the fight against homelessness.

Josh Littlejohn will highlight the local impact that supporting national campaigns can have in eliminating rough sleeping at this year’s Dundee Christmas Lecture, a partnership event between the University of Dundee and Dundee City Council.

The founder of the not-for-profit café chain Social Bite has helped to raise more than £7 million as part of his mission to eradicate the issue in Scotland, and will be hosting ‘Together We Can End Homelessness’, at the University’s Dalhousie Building at 6pm on Saturday 1 December.

He will use his appearance to highlight the plight of people living on the streets ahead of the city’s first Sleep in the Park event seven days later and is calling on people from across the local area to get involved.

“Nobody in Scotland should have to go to sleep at night without a roof over their head,” he said.

“At this time of year people will think nothing of heading into Dundee city centre to spend hundreds of pounds on Christmas presents, but if we each spared just a few pounds we could help to transform the lives of others well beyond Christmas Day.

“The motto of the University of Dundee is ‘Transforming Lives’ and that is exactly what Sleep in the Park is about. That’s why appearing at this year’s Dundee Christmas Lecture is the perfect place to highlight how we can all help to end homelessness.”

Scottish Government figures published earlier this year revealed that the number of people applying for homeless status had risen for the first time in nine years, reaching almost 35,000. It is a process that many Social Bite employees have experienced, with one in four having struggled with homelessness in the past.

Social Bite’s profile has been enhanced considerably by the power of celebrity, with Hollywood stars George Clooney and Leonardo DiCaprio among those to have visited its outlets in recent years, while its annual Sleep in the Park is hosted in cities across Scotland, including for the first time this year, Dundee on Saturday 8 December.

With thousands expected to bunk down in the city’s Slessor Gardens, Josh said that he hoped to use his Dundee Christmas Lecture appearance to highlight how funds raised from the event could change the lives of Scotland’s homeless.

“Social Bite has been incredibly lucky to have the support of A-list celebrities, but it is the people of Scotland who can play the biggest role in ending homelessness. Funds raised from this event will help to support our Housing First initiative, which will give 100 homeless people in Dundee the chance to live in their own flat and rebuild their lives.

“Of course Sleep in the Park is not a typical experience of sleeping rough, but I hope that it will give the people of Dundee an idea of the extreme conditions that many fellow Dundonians have to endure night after night.”

The annual Dundee Christmas Lecture is one of the highlights of Dundee’s Christmas calendar and has attracted a stellar collection of guest speakers in the past, including author Ian Rankin, Olympian Dame Katherine Grainger, and cyclist Mark Beaumont.

Tickets are free of charge and can be obtained online via the University website,  Eventbrite, events@dundee.ac.uk or 01382 385108