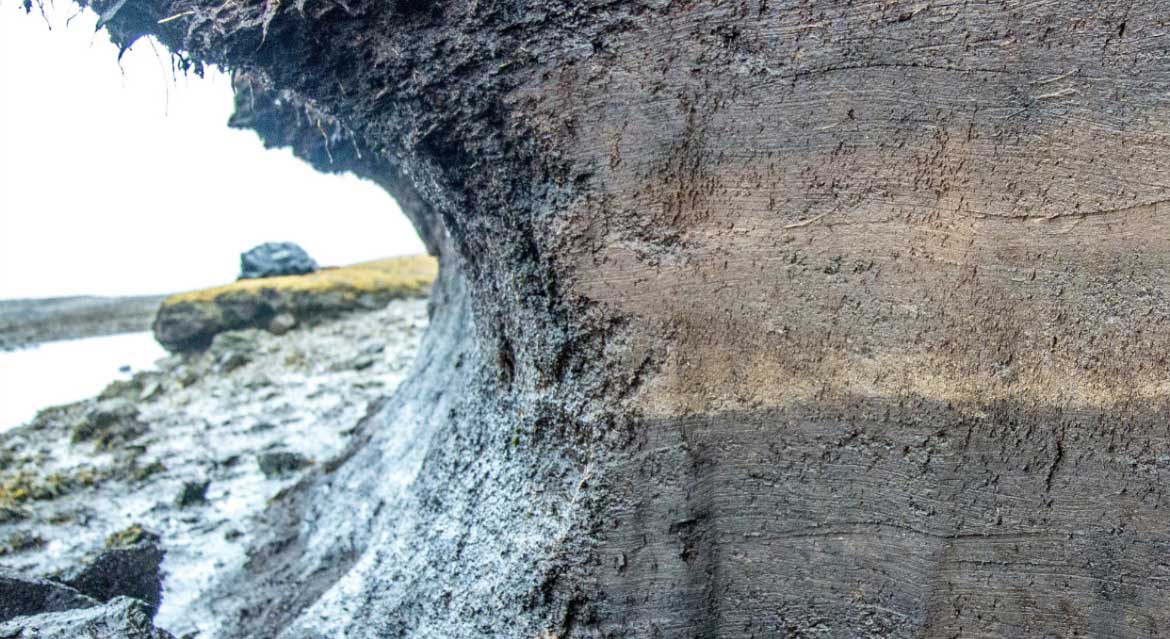 Shetland has been hit by at least two more tsunamis in the past 10,000 years than previously thought, and scientists are working to identify where the giant waves originated.

Around 8,200 years ago, the Storegga submarine landslide off the coast of Norway caused a 20-metre high tsunami to sweep across Shetland. Sands found at various points across the isles, mainland Scotland and in Norway, the Faroe Isles and Greenland proved the tsunami’s towering height, and the event has been well-reported.

Scientists funded by the Natural Environment Research Council (NERC) have identified sands on Shetland that they say prove additional tsunamis hit Shetland 5,000 and 1,500 years ago. This could mean that tsunamis are a more common occurrence than previously thought in the UK.

Dr Sue Dawson from the University of Dundee and Professor Dave Tappin from the NERC British Geological Survey (BGS) are working to identify what could have caused these tsunamis, using new CT and seismic technology.

Dr Dawson said, “We found sands aged 5,000 and 1,500 years old at multiple locations in Shetland, up to 13m above sea level. These deposits have a similar sediment character as the Storegga event and can therefore be linked to tsunami inundation.

“We are now using a CT scanning machine at the University of Dundee to look at our samples in detail.

“For the first time, we’ll have a complete 3D view of the cores we’ve extracted from the ground and from lochs and seabeds. This detail will show us which direction the wave was travelling in, identify the elements present in the sand and much more.

“This will be the first time that such a level of detail has been captured from these prehistoric tsunami events.”

Both scientists agree that a submarine landslide, which is an underwater landslide that moves vast amounts of sediment across the seabed, generated the tsunamis that hit Shetland.

While Dr Dawson has been investigating the sand samples, Professor David Tappin has been focusing on the seabed to try to pinpoint where the tsunamis originated.

“BGS’s research vessel White Ribbon, which can work in the shallowest waters, was used to carry out seismic surveys of the seabed around Shetland, but we have not yet found conclusive proof of submarine landslides there.

“Identifying landslides on and below the seabed using existing mapping methods is not as straightforward as might be imagined. We plan to test some theoretical models to see if we can reproduce the 1,500 and 5,000 year tsunamis.

“We will be creating a digital elevation model of the coasts of the Shetlands and the surrounding seabed.

“We will then reproduce the landslide movement that will generate the tsunami. The numerical model will flood the land and we’ll look at the elevation of the sediments to see if they match with what’s on Shetland. That will take us much closer to finding where the actual tsunamis began.

“Submarine landslides are much more poorly understood than almost all types of natural hazards, such as river floods or storm surges. But they can be far larger than any landslide seen on land - the Storegga slide contained 300 times the amount of sediment carried each year by all of the world’s rivers combined.

“Submarine landslides can also occur on slopes of just one or two degrees, and we still don’t know exactly how they are set in motion, except that earthquakes are considered to be the most common trigger. It is critical that we learn more.”

The research is part of the Landslide-Tsunami project, ongoing research that forms a key element of NERC’s Arctic Research programme. The project aims to discover what causes enormous submarine landslides, what the impact of slides in different locations and of different magnitude would be on the UK and what the likelihood of such an event might be, given the significant scale of Arctic climate change.