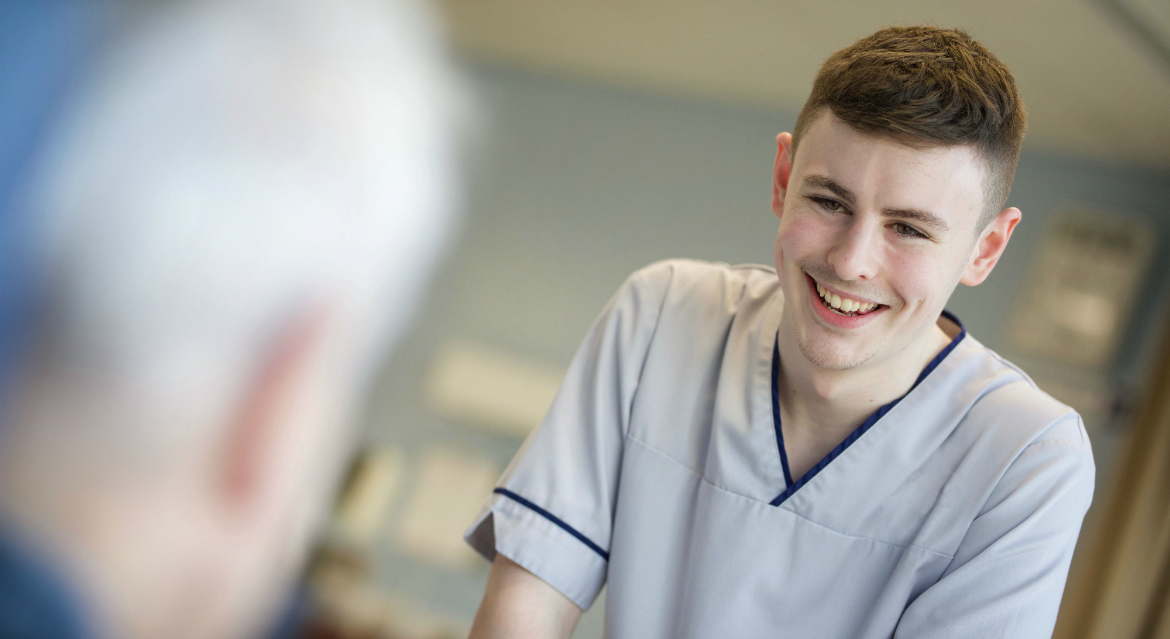 While nursing is increasingly viewed as a worthwhile and rewarding career for both men and women, the perception of nursing as an inherently female profession is still a barrier to more males entering nursing, according to a new report from researchers at Scottish universities.

The Men in Nursing report was led by researchers at the University of Dundee and produced in conjunction with colleagues from Edinburgh, West of Scotland and Robert Gordon Universities. The report was commissioned by NHS Education for Scotland through the Scottish Collaboration for the Enhancement of Pre‐Registration Nursing (SCEPRN), and explores the causes of under-representation of men in nursing roles and sets out a series of recommendations designed to help encourage more males to join the profession.

Report co-author Dr Heather Whitford, from Dundee’s School of Nursing and Health Sciences, said, “Attracting more men into nursing is a huge challenge, but this report provides us with key insights as to how we can increase the numbers of males entering the profession. By introducing more gender-neutral narratives we can show the potential of nursing as a worthwhile and rewarding career, regardless of gender.”

Researchers found that less than 10% of Scottish nursing students are male, a figure that has hardly changed in the past 10 years. Many of those interviewed in the study said that the perception of nursing as a ‘female job’ was one of the biggest factors deterring males from choosing nursing as a career. Others cited a lack of male role models in the profession, or a lack of male figures in recruitment material, as barriers to entry.

The report also highlighted a number of positives. The perception of nursing as a worthwhile and positive career was cited by many men as a motivating factor in their career choice. The profession was also viewed favourably in terms of stability, and opportunity for development.

To encourage more men to become nurses, the report recommends a gender-neutral rebranding of nursing and a renewed focus on the skills and caring values that underpin the profession. The authors also highlighted the need for gender-neutral education on health and care topics to begin earlier, ideally at pre-school or primary school levels. In addition, more narratives showcasing positive male nursing role models should be developed and marketed.

Dr Whitford said: “Last year, the University of Dundee launched its ‘#MenDoCare’ campaign, aimed at increasing the number of male applicants to our nursing courses. We remain committed to encouraging more men to enter the profession and this report will help assist us in achieving that aim.”