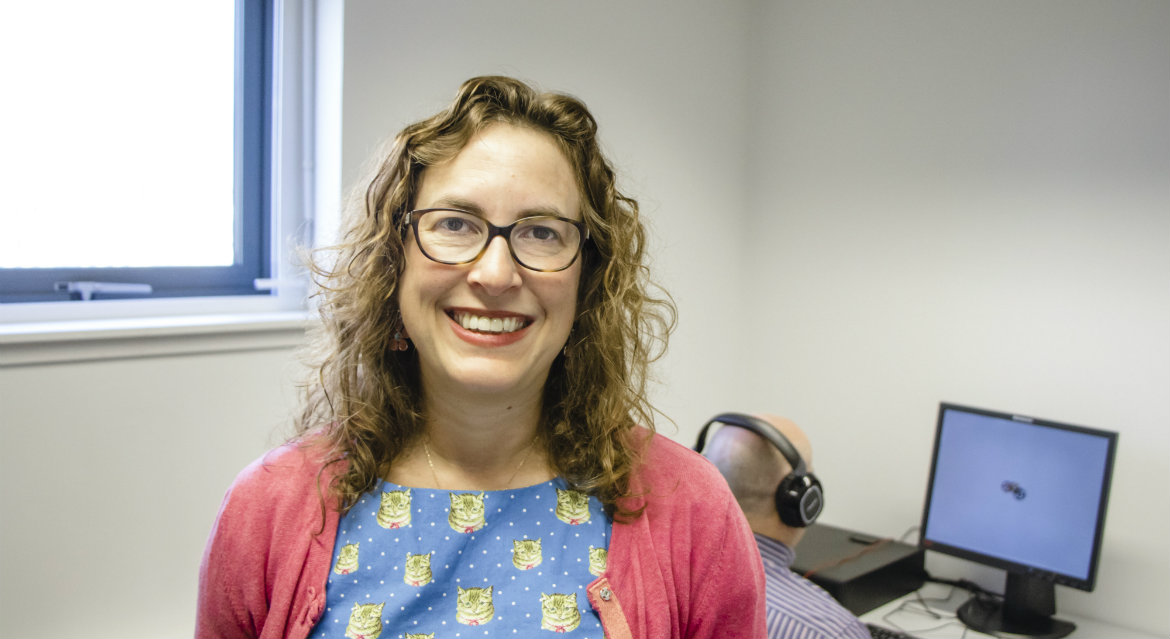 Is saying ‘breeks’ instead of ‘trousers’ or ‘tatties’ instead of ‘potatoes’ like speaking a different language? New University of Dundee research suggests that dialects are processed differently to languages, an important finding as the distinction between the two is often controversial and politically charged.

Dr Alissa Melinger from the University’s Psychology department investigated word selection by speakers of two dialects by using an experimental paradigm developed to study bilingualism. She focussed on those who speak in Scottish dialect as well as Standard English in order to investigate whether Scots words form part of the English “dictionary”, or whether they constitute a separate lexicon.

In the study, which has been published in the psychology journal Cognition, participants were seated before a screen that displayed objects such as a potato, chimney or pair of trousers while distracting stimuli were played over headphones.

Previous research into bilingual word selection has shown that hearing a translation of a picture name speeds up word production. For example, if a Spanish-English bilingual hears the Spanish word manzana (apple), while trying to say apple in English, they will respond faster than if they heard some unrelated word, like coche (car).

Dr Melinger wanted to know if the same pattern would be observed for dialect translations, which would suggest that they were being processed like a separate language. When the distracting stimulus was the Scottish translation of the object (hearing breeks while trying to say trousers), participants were slower to name the picture than when they heard an unrelated Scottish word, the opposite to what has been found for bilinguals.

This suggests that the words used did not represent a distinct language to English and is consistent with the view that Scottish dialect words are processed in the same way as other English vocabulary items such as synonyms like sofa and couch.

“The reason I started this study was because, as an American living in Scotland, I hear a large difference in how my students speak to me compared with how they speak to one another outside of university,” explained Dr Melinger. “That means they are adjusting their speech to the social context, which is also something bilinguals do.

“This observation opens the door to subsequent investigations into other dialect pairs and can contribute to the longstanding debate about how to define a language and how to differentiate between a dialect and a language, potentially putting to bed political arguments about language status.”