Published On Thu 11 May 2017 by Dominic Younger 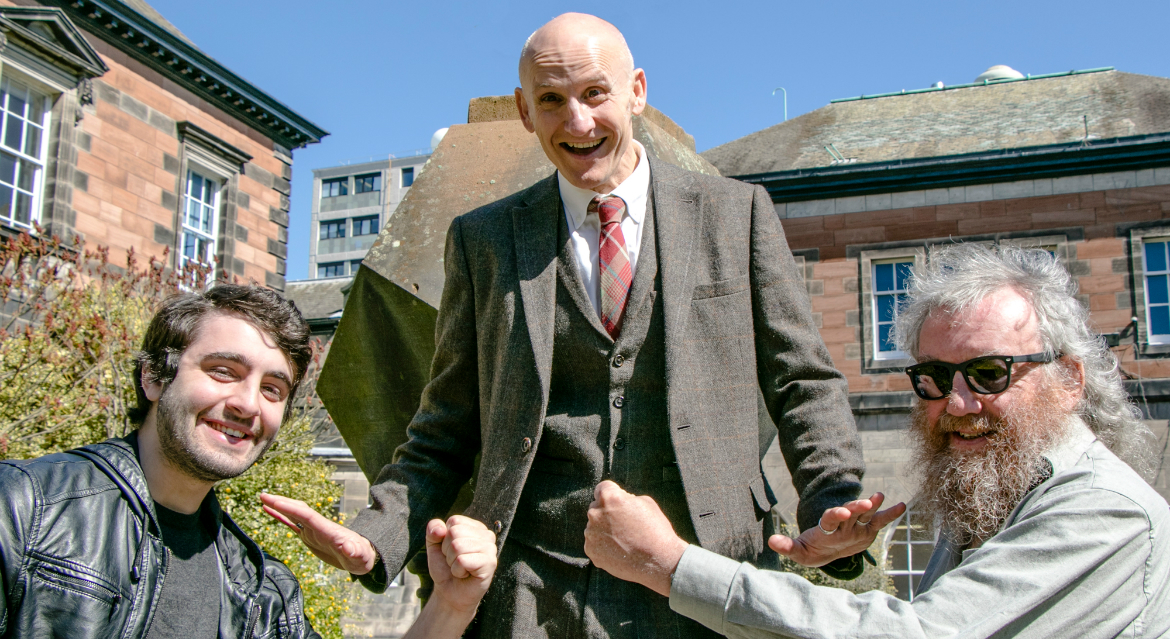 Dundee’s historic University Challenge champions from the 1980s will return to the city next week to take on the students set to represent the University in next years’ television series.

The 1983 side became the second only Scottish team to win the competition, a record that hasn’t been added to since. They will once again flex their mental muscles when they return to campus for the University’s 50th Anniversary celebrations on Saturday, 20th May.

Three of the 1983 team, James A. Smith (Economics and Politics), Graeme Davidson (Law) and Peter Burt (Zoology) will be joined by Tom McGhee (English) a member of the Dundee team who finished runners up in 1978. Donald Kennedy, the fourth member of the 1983 team now lives in Australia and is unable to join his old colleagues.

Rory said, “It will be wonderful to take on the team that are technically the reigning Scottish Champions! However, if you look at Dundee’s rankings in the University league tables since the 1980s, we have been on the up - so I say out with the old and in with the new.”

The showdown takes place between 3.45 – 5 pm in the Dalhousie Building and will be chaired by Fordyce Davidson, Academic Director of International College Dundee and Professor of Mathematics at the University.

Professor Davidson said, “As a Dundee graduate who turns 50 in the same year as the University, it will be a great honour to see the old boys pitched against the students - the majority of whom were not even born when the competitors won in 1983.

“It begs the question, are the young genuinely smarter than their predecessors? We will find out on the 20th May. Perhaps beating the champions could set the new generation on their way to Paxman.”

The challenge takes place during the 50th Anniversary Alumni Weekend at the University, which runs from Friday, 19th May until Sunday, 21st May. To book your seat and watch it live, go to http://uod.ac.uk/2q6e2nT

Tickets for the weekend's other events are available at https://www.dundee.ac.uk/events/categories/50thanniversary/