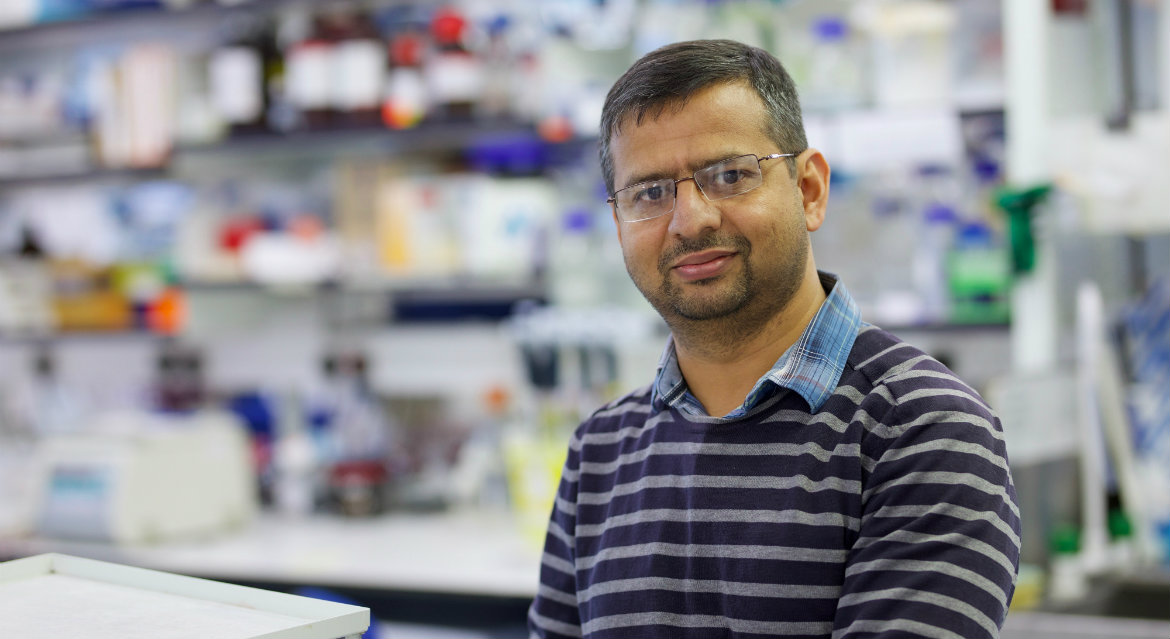 University of Dundee researchers have shown that it is possible to rapidly target and destroy specific proteins in cells, raising the possibility of developing new ways of targeting ‘undruggable’ proteins in diseases.

Proteins, known as the building blocks of life, are vital to our existence and are found in every cell on Earth. They come in a huge variety of forms and perform a wide range of functions, including defending against diseases. In the vast majority of human diseases, amplification or genetic mutations alter the protein function in cells and this is what causes the damage that diseases wreak on the body. It is thought that only a small percentage of proteins can be targeted for inhibition by conventional drugging approaches, while the rest of the proteins are termed undruggable. Being able to degrade these proteins inside the cells offers a unique opportunity for therapeutic intervention.

Now the Dundee team, led by Dr Gopal Sapkota from the University’s School of Life Sciences, have engineered an Affinity-directed PROtein Missile (AdPROM) system that allows for the efficient and rapid degradation of specific target proteins in cells. The system uses small affinity probes, termed nanobodies or monobodies, which bind and recruit specific target proteins to the cellular protein degradation machinery.

“For the first time we have shown that it is possible to target endogenous proteins for complete degradation with AdPROM,” said Dr Sapkota. “This is extremely exciting and has far-reaching applications and implications for both research and drug discovery. Being able to selectively degrade target proteins in cells rapidly is desirable in research and therapeutics.

Removal of excess or malfunctioning proteins from diseased cells and tissues by AdPROM could be possible. However, the use of this technology in humans remains challenging and some way off but Dr Sapkota believes that scientific developments in gene delivery techniques could offer a realistic hope for future therapeutics.

“The AdPROM technology is quite simple to assemble and versatile for use in any cell,” said Dr Sapkota. “Basically, it requires an affinity probe that selectively recognises the endogenous target protein of choice. With rapid advances in technologies, it won’t be too long before we have access to affinity probes against pretty much every target protein.

“This is technology that we can hopefully use to expedite and prioritise drug discovery. Getting a single molecule developed against a target protein costs a lot of money and resources so it is impossible to do this for every protein. AdPROM allows us to manipulate proteins, study their individual functions and find out what happens when they are destroyed. It will allow us to refine the list of targets very, very quickly. Indeed, we are already collaborating with major pharmaceutical companies to streamline drug targets with AdPROM.”

Professor Dario Alessi, the director of the University’s MRC Protein Phosphorylation Unit, where the research was carried out, said, “This is very exciting new technology that will enable researchers to better understand the biological roles of proteins in cells. It has great potential to enable scientists to test ideas to generate improved drugs.”

The paper is published today in the journal Open Biology.