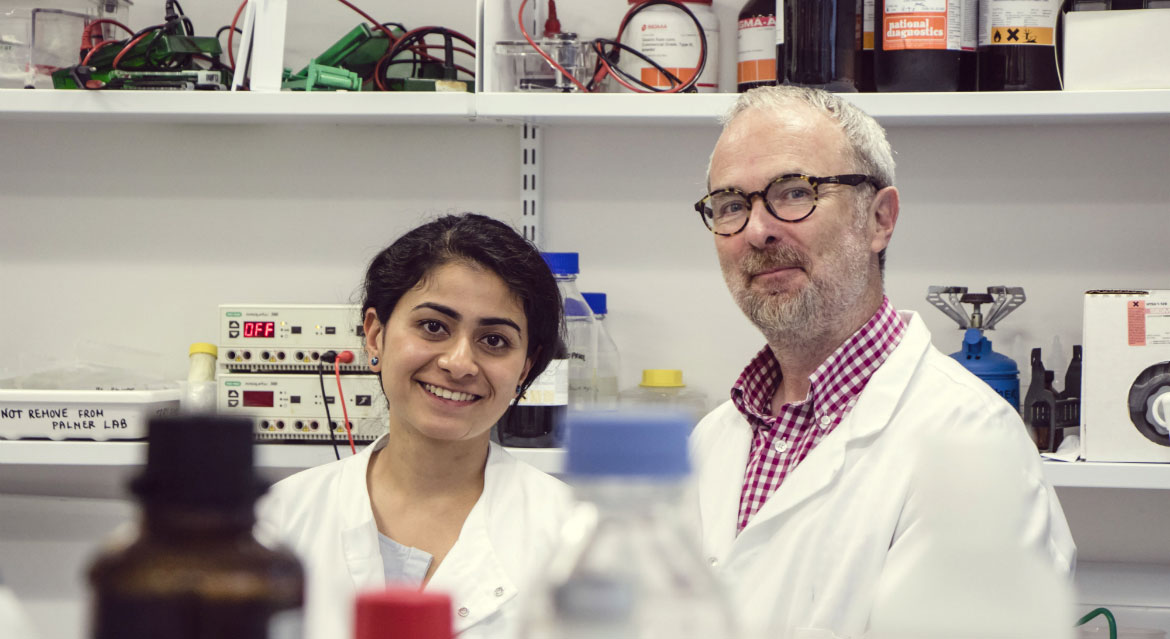 People who have been prescribed statins to lower their cholesterol levels sometimes complain of muscle aches and pains and therefore stop taking their medication. This puts them at higher risk of developing diseases of the heart and blood vessels which the statins had been prescribed to prevent.

The new study opens up the possibility for screening to identify those who are most likely to have an adverse reaction to statins and who could be prescribed an alternative drug. Those genetically predisposed to muscle aches could be forewarned about the possibility of developing symptoms and be closely monitored.

Professor Colin Palmer, who led the research team, said, “We found that there are people in the general population who carry a genetic factor that predisposes them to muscle aches. If these people are put on statins, they might discontinue their medication in the erroneous belief that it is the statin that is making their muscles ache. At the same time, we observed that there is a genetic sub-group of patients who are susceptible to statin-specific muscle aches.

“This means that it would be possible to test prospective statin users for key genetic variants, including LILRB5, to prevent people being put on statins if they are likely to have an adverse reaction to them. Adverse reactions are a major reason for patients stopping taking medication, which puts the patient at an increased risk of a cardiovascular event. This is the first time a genetic variant thought to be involved in the repair and regeneration of muscles has been found to be associated with this side effect.”

Statins are the first choice for doctors who need to lower cholesterol in patients to prevent or treat heart and blood vessel diseases. However, reports of users complaining of muscle aches and stopping their medication range from 7 to 29%. This puts them at higher risk of developing diseases of the heart, which the statins had been prescribed to prevent.

For people who cannot tolerate statins, alternative treatments include ezetimibe and a new class of drugs called PCSK9-inhibitors. Further work needs to be done to confirm exactly how the genetic variant is involved in the repair of muscles.

This research was helped by the 175,000 people around Scotland who have signed up to SHARE- The Scottish Health Research Register (www.registerforshare.org)  to help medical research.