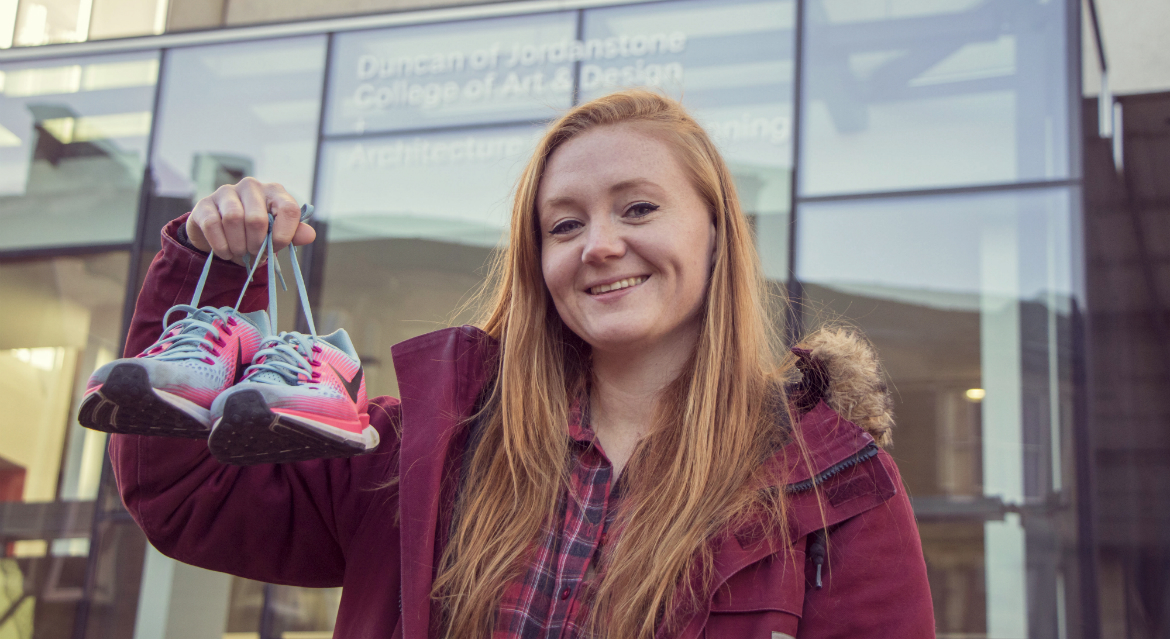 A digital interaction design student at the University of Dundee has undertaken a mammoth task this year as she aims to complete 17 marathons in 2017.

Jenna Maudlin, a third-year student from Lowestoft, who had never run further than 10k before this year, has so far completed 14 marathons in memory of her mother, Carolyn, who sadly died due to breast cancer in 2007.

Having run through a thunderstorm in Helsinki, persisted over 18 miles of hills in Athens and survived the scorching heat in Croatia, Jenna is putting her best foot forward to raise money and awareness for the charity Breast Cancer Care.

She said, “I know it sounds crazy but I’ve loved every minute of it. It’s not been easy, in my first marathon I ended up in A&E because my foot had swollen up so badly. But I’ve just kept my head up and kept going.

“My mum always told me I can do anything I wanted to if I put my mind to it and I wanted to prove her right. It’s been an incredible year, I’ve met so many supportive, wonderful people in the running community but it’s not over yet.”

Balancing her studies with two jobs and an internship with Dundee clothing brand Dreamland, the 33-year-old will tackle her next marathon in Dundee on Tuesday 12 December on the anniversary of her mother’s birthday.

Jenna continued, “I will be running a marathon in Dundee on Tuesday with a virtual tracker, then I’m running in Pisa, Italy on Sunday for my penultimate race. It’s incredible to think I will cross my final finish line on Saturday, 30 December in East Anglia, having done 17 in 17.”

Jenna aims to keep up with the running in the New Year as she enters her final year at University. She added, “Actually I keep meaning to join the Dundee Roadrunners so hopefully 2018 will be the year I sign up and maybe even take on some ultramarathons!”