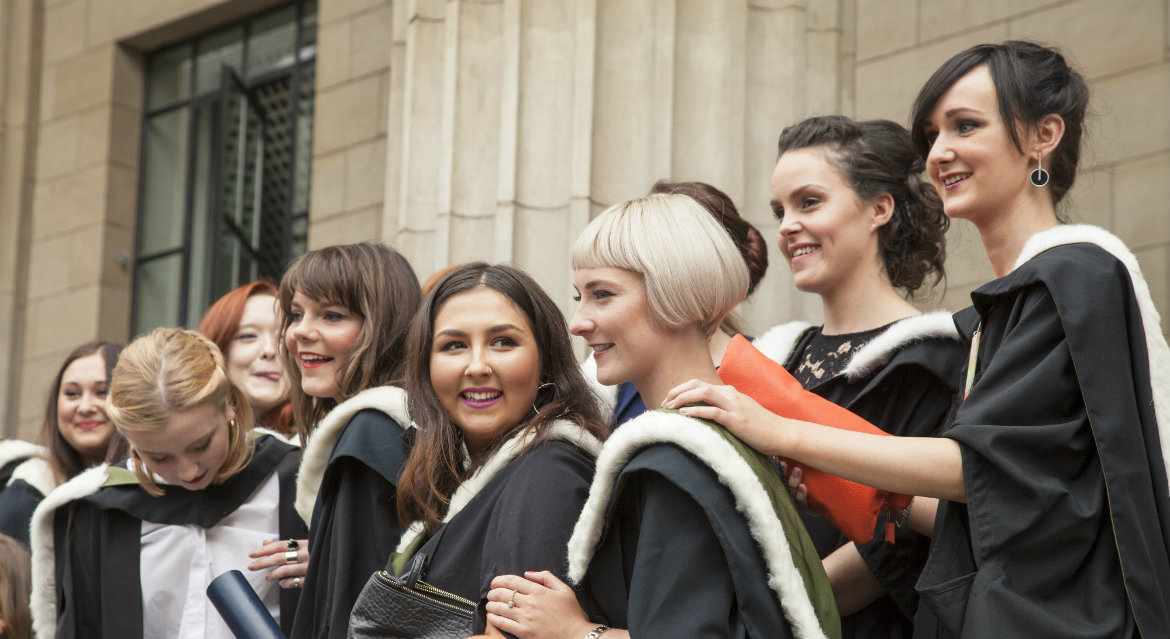 Thousands of successful students will feel the tap of the Dundee bonnet this week as the University of Dundee hosts its annual summer graduation ceremonies.

Some 2746 students will graduate with degrees, postgraduate diplomas and diplomas over the course of the week. Six ceremonies will take place at the Caird Hall from Wednesday 21st-Friday 23rd June.

Graduation is a time of great celebration for students and their families and graduands in their robes will fill City Square before and after each ceremony, with many later making their way to the Garden Parties held in the heart of the University campus.

The traditional Dundee bonnet – spun, woven, dyed and embroidered for the University by the Dundee Bonnetmakers Craft – is used by the Chancellor, Lord Patel of Dunkeld, symbolically to confer degrees on graduates.

“Graduation is one of the biggest moments in the lives of all those involved and it is always a privilege to welcome our students and their families to celebrate their achievements,” said Professor Pete Downes, Principal and Vice-Chancellor of the University.

“There will be a buzz right across the campus and city and I’m sure everyone who joins us – including students’ family members who have never visited Dundee before and who will be coming from across the world – will have a wonderful time here.

“This year’s graduation is a momentous one as it comes during our 50th anniversary and, as we celebrate all we have achieved over the past five decades, it is right to look to the future as well and mark the success of graduands who will go on to achieve great things in their chosen fields in years to come.”

Over the course of the week the University is also presenting honorary degrees to leading thinkers and high achievers, local and international. Those receiving the honorary Doctor of Laws include: