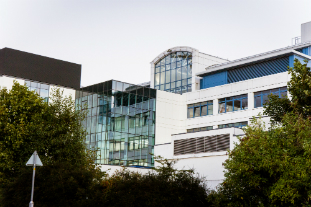 One of the largest sets of high quality human induced pluripotent stem cell lines from healthy individuals has been produced by a consortium led by the Wellcome Trust Sanger Institute and involving the researchers from the School of Life Sciences at Dundee.

Comprehensively annotated and available for independent research, the hundreds of stem cell lines are a powerful resource for scientists studying human development and disease, the authors report in the journal Nature.

With collaborative partners from King’s College London, the European Bioinformatics Institute, the University of Dundee and the University of Cambridge, the study also investigates in unprecedented detail the extensive variation between stem cells from different healthy people.

Technological advancements have made it possible to take an adult cell and use specific growth conditions to turn back the clock – returning it to an early embryonic state. This results in an induced pluripotent stem cell (iPSC), which can develop into any type of cell in the body. These iPSCs have huge scientific potential for studying the development and the impact of diseases including cancer, Alzheimer’s, and heart disease.

However, the process of creating an iPSC is long and complicated and few laboratories have the facilities to characterise their cells in a way that makes them useful for other scientists to use.

The researchers created 711 cell lines and generated detailed information about their genome, the proteins expressed in them, and the cell biology of each cell line. Lines and data generated by this initiative are available to academic researchers and industry.

Dr Daniel Gaffney, a lead author on the paper, from the Wellcome Trust Sanger Institute, said, “We have created a comprehensive, high quality reference set of human induced pluripotent stem cell lines from healthy volunteers. Each of these stem cell lines has been extensively characterised and made available to the wider research community along with the annotation data. This resource is a stepping stone for researchers to make better cell models of many diseases, because they can study disease risk in many cell types, including those that are normally inaccessible.”

“The value of this unique new study has been greatly increased by the direct analysis of stem cell proteins, which was carried out here in Dundee. Proteins are the key targets of drugs used in the clinic and thanks to our participation in this ground breaking project, we have now developed a detailed understanding of the complete set of proteins made in stem cells, which will aid future drug development programmes."

By creating more than one stem cell line from each healthy individual, researchers in the HipSci project were able to determine the similarity of stem cell lines from the same person.

Prof Fiona Watt, a lead author on the paper and co-principal investigator of HipSci, from King’s College London, said, “Many other efforts to create stem cells focus on rare diseases. In our study, stem cells have been produced from hundreds of healthy volunteers to study common genetic variation. We were able to show similar characteristics of iPS cells from the same person, and revealed that up to 46 per cent of the differences we saw in iPS cells were due to differences between individuals. These data will allow researchers to put disease variations in context with healthy people.”

The project, which has taken 4 years to complete, required a multidisciplinary approach with many different collaborators, who specialised in different aspects of creating the cell lines and characterising the data.

Dr Oliver Stegle, a lead author on the paper, from the European Bioinformatics Institute, said, “This study was only possible due to the large scale, systematic production and characterisation of the stem cell lines.  To help us to understand the different properties of the cells, we collected extensive data on multiple molecular layers, from the genome of the lines to their cell biology. This type of phenotyping required a whole facility rather than just a single lab, and will provide a huge resource to other scientists. Already, the data being generated have helped to gain a clearer picture of what a typical human iPSC cell looks like.”

Dr Michael Dunn, Head of Genetics and Molecular Sciences at Wellcome, said, “This is the fantastic result of many years of work to create a national resource of high quality, well-characterised human induced pluripotent stem cells.  This has been a significant achievement made possible by the collaboration of researchers across the country with joint funding provided by Wellcome and the MRC.  It will help to provide the knowledge base to underpin a huge amount of future research into the effects of our genes on health and disease. By ensuring this resource is openly available to all, we hope that it will pave the way for many more fascinating discoveries.”

*Data and cell lines from this study are being made available through www.hipsci.org, the

What is a stem cell?

This work was funded by the Wellcome Trust and the Medical Research Council.

The School of Life Sciences at the University of Dundee hosts around 900 staff from over 60 different countries and is one of the fastest growing and most productive research centres in Europe.

Dundee is the top ranked university in the UK for biological sciences research, according to the last Research Excellence Framework (2014) Dundee is also one of the world’s Top 200 universities and The Times & Sunday Times Scottish University of the Year for two years running. www.dundee.ac.uk

The European Bioinformatics Institute (EMBL-EBI)
The European Bioinformatics Institute (EMBL-EBI) is a global leader in the storage, analysis and dissemination of large biological datasets. EMBL-EBI helps scientists realise the potential of ‘big data’ by enhancing their ability to exploit complex information to make discoveries that benefit humankind. EMBL-EBI is at the forefront of computational biology research, with work spanning sequence analysis methods, multi-dimensional statistical analysis and data-driven biological discovery, from plant biology to mammalian development and disease.  We are part of the European Molecular Biology Laboratory (EMBL), an international, innovative and interdisciplinary research organisation funded by 22 member states and two associate member states, and are located on the Wellcome Genome Campus, one of the world’s largest concentrations of scientific and technical expertise in genomics. http://www.ebi.ac.uk

The Wellcome Trust Sanger Institute
The Wellcome Trust Sanger Institute is one of the world's leading genome centres. Through its ability to conduct research at scale, it is able to engage in bold and long-term exploratory projects that are designed to influence and empower medical science globally. Institute research findings, generated through its own research programmes and through its leading role in international consortia, are being used to develop new diagnostics and treatments for human disease. http://www.sanger.ac.uk

Wellcome
Wellcome exists to improve health for everyone by helping great ideas to thrive. We’re a global charitable foundation, both politically and financially independent. We support scientists and researchers, take on big problems, fuel imaginations and spark debate. http://www.wellcome.ac.uk