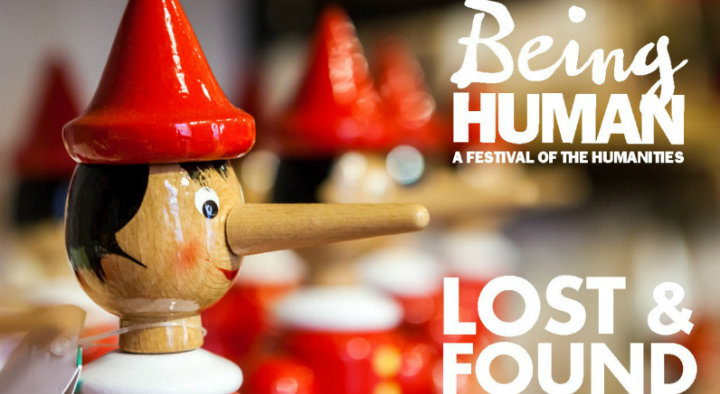 What is the Google brain doing to our imagination? Are lie detectors always honest? What is bullet time?

These are just three of the questions that experts from the arts and sciences from the University of Dundee will tackle at an event marking the 350th anniversary of the birth of Gulliver’s Travels author Jonathan Swift later this month.

The Imaginarium, an expo of outrageous thought experiments inspired by Swift’s most famous book, takes place at the University’s Dalhousie Building on Wednesday 22 November. Visitors will also be able to enjoy talks, performances and family activities, including the use of a mini green-screen film studio.

It is inspired by the fantastical mock-academy in Gulliver’s Travels and is one of the flagship events taking place at ‘Jonathan Swift at 350: Lost and Found’. This celebration of Swift’s life and work forms part of Being Human 2017, a national festival of the humanities being held from 17-25 November.

Gulliver’s Travels opens with the narrator, Lemuel Gulliver, being shipwrecked on the island of Lilliput, and tied to the sand by its inhabitants, who are just six inches high. Gulliver’s adventures in Lilliput are the most famous and familiar of the book’s four parts.

Largely thanks to the 1939 animated classic of the same name, which only featured the first part, and other representations in popular culture, Gulliver’s Travels is commonly known as the story of a giant amongst tiny people. While most people in the English-speaking world have heard of Gulliver, they are unaware that Lilliput accounts for only a quarter of the book or the dark satire at the heart of Swift’s masterpiece.

Organiser Dr Daniel Cook, Senior Lecturer in English at the University, said the programme will not only celebrate Swift but also correct several misconceptions about one of the world’s best-known but most-misunderstood books.

“Jonathan Swift is widely recognised as the leading satirist in the history of the English language and Gulliver’s Travels has captivated readers, authors and artists for centuries but their memories of it likely do not chime with Swift’s original work,” he said.

“Fondly remembered by most readers as a children’s book, Gulliver’s Travels in its unexpurgated form is very violent and contained references to bodily fluids and sex that were regarded as beyond the pale for the time. Before being exiled back to Dublin, Swift was briefly a propagandist for the Tory party – perhaps the first modern spin doctor – and he used Gulliver to attack many of his political enemies, including Britain’s first Prime Minister, Robert Walpole.

“The English language is stuffed with words with Swiftian roots and his work continues to resonate and influence today. The ‘lost and found’ theme is remarkably timely for us. It fits neatly with the shaping themes of Gulliver’s Travels but also allows us to expand our burgeoning interest in the ‘scientific imagination’. Swift probed the moral depths of 18th century society in utterly compelling prose. Who better to address that fundamental question: what does it mean to be human?”

A pantomime that gives Gulliver’s Travels a contemporary makeover and a creative writing workshop teaching participants how to spin yarns fit for the social media generation are among the other events taking place as part of Lost and Found.

An exhibition of rare and unusual versions of the book and the launch of a graphic novel created by local artists, writers and designers will also be held.

Being Human will see events take place at more than 70 universities and other organisations across the UK from 17 to 25 November, with Dundee serving as one of the main festival hubs.

Led by the School of Advanced Study, University of London, and funded by the Arts & Humanities Research Council and the British Academy, Being Human is a national forum for public engagement with humanities research.

The festival highlights the ways in which the humanities can inspire and enrich lives, helping us to understand ourselves, our relationships with others, and the challenges we face in a changing world.