University in Top 10 for graduate employment 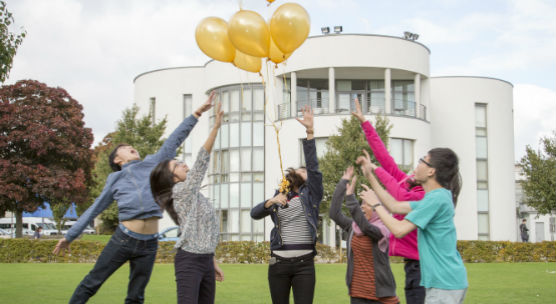 The University of Dundee is one of the top UK universities for graduate employment, according to this year’s Destinations of Leavers from Higher Education (DLHE) survey.

The survey, published by the Higher Education Statistics Authority, shows that 96.2% of Dundee graduates were in work or further study six months after graduation, up from 94.5% last year. In analysis of the data carried out by Times Higher Education, only seven large UK institutions scored higher.

The figure for those in work, study or due to start work rises to 96.9%, up from 96.0%, with unemployment among graduates from the University falling from 3.9% to 3.1%. This data relates to first-degree, home-domiciled full time-study graduates who completed their course in 2014/5 and were surveyed six months after the end of their course.

Graham Nicholson, Director of Student Services at the University, said, “We are delighted by our strongest-ever showing in the DLHE survey, which is testament to the quality of our graduates, the regard in which the University is held at home and abroad, and the work carried out to ensure our graduates are as ready for the labour market as possible.

“Employability is embedded into everything we do because we have a duty to our students to give them the best possible grounding for the world of work, while we also cultivate and strengthen academia-industry connections.

“In addition our sector-leading work in widening access means we are having a transformative impact on the lives of students from the most deprived areas of the country. Not only do they have the chance to fulfil their academic potential but they are also highly likely to go on to a positive destination after university.”

In other recent successes, Dundee has been: