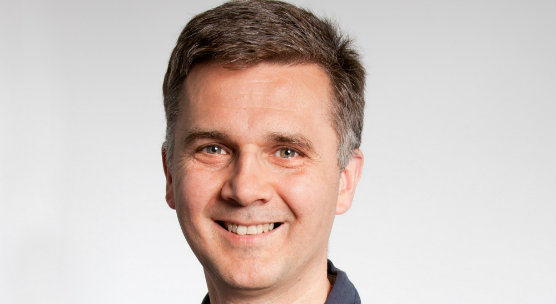 The amount of alcohol pregnant women consumed around the time of conception may be significantly higher than previously estimated, according to a new study from the University of Dundee.

The research, led by Dr Andrew Symon of the University’s Mother and Infant Research Unit, used a ‘Retrospective Diary’ to record the drinking patterns of women. Researchers conducted one-to-one interviews with women during the mid-pregnancy stage and asked a series of questions about their drinking before they became pregnant, or before they knew they were pregnant, and during pregnancy.

Existing alcohol screening varies between health board areas but concerns exist about the sensitivity of current screening instruments and practices. In most cases women are asked about the units of alcohol they consume or consumed. The Retrospective Diary noted instead which days women drank on, the number of drinks they had on ‘drinking days’, and the type of drinks consumed.

The researchers then worked out unit consumption using this information. When measured this way, the actual number of units estimated to have been drunk was significantly higher than when women had been asked to estimate the units they consumed.

Dr Symon says this suggests that people are often confused about what constitutes a unit of alcohol, leading to under-reporting of consumption, and that the diary method gives a more complete picture of drinking patterns.

Of 510 participating women, 92 per cent drank alcohol before pregnancy and 40 per cent drank every week. Retrospective assessment of peri-conceptual (ie just before or just after conception) consumption identified heavy episodic (binge) drinking, defined as more than six units on one occasion, in 52.2 per cent of women. Additionally, almost 20 per cent reported drinking more than 14 units per week. As delayed pregnancy recognition is not uncommon, this suggests some of the women may have been exceeding recommended levels of consumption when pregnant but unaware of it.

“There is a known link between pre-pregnancy drinking and continued drinking during pregnancy so it is important to obtain an accurate alcohol history when a pregnant woman first seeks professional support,” said Dr Symon. “Routine antenatal assessment of alcohol history and current drinking is variable. Potentially harmful peri-conceptual drinking may be missed if a woman reports low or no drinking during pregnancy.

“Pregnant women should be encouraged to monitor their alcohol intake and be aware of the potential dangers of alcohol, particularly in the early weeks of pregnancy. What this research shows is that asking women about the units of alcohol they consume may not be the most accurate way to gauge how much is actually drunk.

“The Retrospective Diary’s focus on drinks rather than units of alcohol offers a more user-friendly way to explore an individual’s alcohol history. This may also help practitioners who feel nervous about discussing this topic with a pregnant woman.

“The Retrospective Diary allows for a women’s patterns of drinking to be ascertained, as well as her overall levels. This is crucial if potentially alcohol-exposed pregnancies are not to be missed. Midwives need to understand the importance of taking a detailed alcohol history, and should be provided with the time and resource to undertake this. To make an accurate diagnosis of Fetal Alcohol Syndrome or Fetal Alcohol Related Behaviour disorder later on it is essential to have confirmation of maternal drinking.”

While consumption tailed off following pregnancy recognition, 5.5 per cent still exceeded the previous guideline’s daily 2-unit limit for pregnant women and the women who ‘binged’ peri-conceptually were three times more likely to do this. New guidelines issued this year by the four UK Chief Medical Officers advise abstinence.

The paper was published online in the Journal of Advanced Nursing.