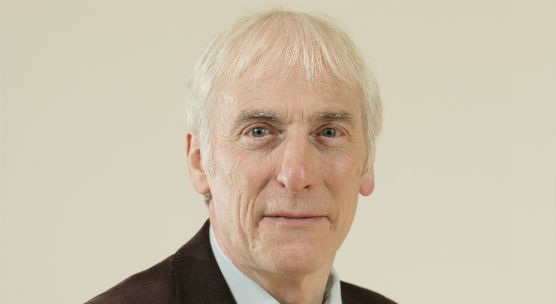 A newly identified method of activating drugs to combat one of the world’s most destructive `neglected’ diseases could lead to better medicines according to new research led by the University of Dundee.

Visceral leishmaniasis (VL) is a disease which blights the developing world with 200,000 to 400,000 new cases and an estimated 40,000 deaths annually, making it the second biggest parasitic killer after malaria. The vast majority of cases are seen in seven countries - India, Nepal, Bangladesh, Brazil, Ethiopia, South Sudan and Sudan.

There are no vaccines available and current drug treatments all have serious limitations such as prolonged administration (mainly by injection), high cost, drug resistance, toxicity and potential for foetal malformations.

The University of Dundee is one of the world’s leading centres for research in drug discovery for neglected diseases like leishmaniasis.

Professor Alan Fairlamb, Dr Kevin Read and colleagues at Dundee earlier this year discovered that delamanid – an oral nitro-drug used for the treatment of tuberculosis – shows promise for the treatment of leishmaniasis with potential to provide a much needed alternative to the current unsatisfactory anti-leishmanial drugs.

Now the researchers in the School of Life Sciences at Dundee, working with colleagues at the Wellcome Trust Sanger Institute in Cambridge, have discovered a new protein which may hold the key to developing better, more effective nitro-drugs to tackle the disease.

The results of the research are published in the journal PLOS Pathogens. The research has been funded by Wellcome.

The protein, NTR2, is a nitroreductase present in leishmania parasites and absent in humans.  NTR2 essentially acts as a trigger converting delamanid and other bicyclic nitro compounds into toxic compounds that specifically damage the parasite.

It can be used in combination with delamanid and related experimental drugs to target the parasite.

Recent research by the Fairlamb and Read groups have identified two classes of nitro-drugs (compounds containing a nitro (NO2) group attached to either a single or fused double ring structure) as curative in animal models of VL.  The most advanced of these is the unicyclic drug fexinidazole which is currently undergoing phase II clinical trials in Africa under the auspices of Drugs for Neglected Diseases initiative (DNDi).  A second class of bicyclic nitro-drugs used in the treatment of tuberculosis, including the recently approved drug delamanid, were reported as promising fast track options for clinical trials in VL patients.

“There has been considerable interest in developing new compounds to target diseases like leishmaniasis, particularly because the existing drugs are very unsatisfactory and increasingly becoming unusable due to resistance in the parasite,” said Professor Alan Fairlamb, Wellcome Principal Research Fellow in the School of Life Sciences at Dundee.

“One concern has been that if all nitro-drugs are activated by NTR1, then loss of this protein would lead to widespread drug resistance to both unicyclic drugs (fexinidazole) and bicyclic drugs (delamanid). We have discovered this new protein, NTR2 that specifically activates drugs like delamanid but not fexinidazole.”

“This knowledge is extremely important in that it allows us to design better drugs activated by NTR2 and to suggest drug combinations that will reduce the risk of emergence of drug resistance through loss of either NTR1 or NTR2 activity. It also provides a potential diagnostic marker for resistance should it arise.”

“Further work is now needed to find the most appropriate partner drugs to be used to increase efficacy and decrease toxicity in patients, to minimise the risk of drug resistance emerging and in designing second generation drugs.”

The PLOS Pathogens paper can be viewed here:

About the University of Dundee:

The University of Dundee is the top ranked University in the UK for biological sciences, according to the 2014 Research Excellence Framework.

The Drug Discovery Unit at the University this year celebrated its tenth anniversary, marking a decade of academic drug discovery and working with partners to deliver possible new treatment for malaria, tuberculosis, leishmaniasis, cancer and many other diseases.

Wellcome exists to improve health for everyone by helping great ideas to thrive. We’re a global charitable foundation, both politically and financially independent. We support scientists and researchers, take on big problems, fuel imaginations and spark debate.