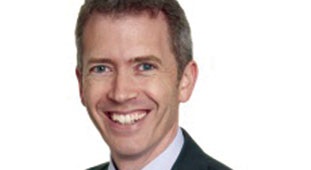 •             Precision medicine study reveals how our genetics can alter action of metformin, the most commonly used Type 2 diabetes drug.

Researchers in an international study have uncovered new genetic evidence of how the benefits of the world’s most commonly used Type 2 diabetes drug may vary between individuals.

Metformin, a drug used by hundreds of millions of people with Type 2 diabetes worldwide, has been in use for over 50 years.  It has been shown to protect against heart disease, and eye and kidney disease in people with Type 2 diabetes, and has also been shown to have benefits against cancer.  Metformin is also undergoing new clinical trials to determine if it can promote health aging.

It has been known for some time that metformin works better in some people than others but the reasons for this have not been understood. Now research carried out by the large international Metformin Genetics Consortium and led by the University of Dundee and University of California, San Francisco has identified a genetic variant (a change in the DNA code for a particular gene) that alters how well metformin works.

Researchers found that overweight people carrying two copies of a genetic variant responded so much better to metformin that it was equivalent to receiving an extra 550mg of the drug.

They say their findings represent a significant step towards personalised, targeted therapy in the treatment of Type 2 diabetes.

The research has been funded by Wellcome, Diabetes UK and the National Institutes of Health in the US and is published in the journal Nature Genetics.

Professor Ewan Pearson and Dr Kaixin Zhou and colleagues, based in the School of Medicine at the University of Dundee, working with Professor Kathleen Giacomini and Dr Sook Wah Yee, based in the Department of Bioengineering and Therapeutic Sciences at the University of California, San Francisco, led the study which investigated how well metformin worked in 13,123 participants of different ethnicity.

The Metformin Genetics Consortium identified a genetic variant in the gene encoding the glucose transporter GLUT2, a protein that plays an important role in transporting glucose inside the body. They showed that those people who carried this variant had reduced levels of GLUT2 in the liver and other tissues resulting in a defect in how the body handles glucose. Metformin acted to specifically reverse this deficiency resulting in a better response to metformin in people carrying this gene variant.

“Metformin is an old drug that is widely used, yet we are still discovering more about how it works,” explained Dr Sook Wah Yee. “Although we’ve known that GLUT2 is important for glucose transport for many years, we had not previously thought that variation in the gene encoding this transporter would alter how metformin works.”

“The genetic effect was greatest in more overweight people,” said Dr Zhou. “The normal dose of metformin used to treat patients with diabetes is between 500mg and 2000mg.  We have found that overweight people who carry two copies of the genetic variant respond much better to metformin, equivalent to receiving an extra 550mg of the drug.”

Professor Pearson said, “This is an exciting discovery that demonstrates how a patient’s genetics can determine how well, or poorly, a drug works. We need to undertake further clinical studies before we can change the way we use metformin, but this finding suggests that some patients should be treated with higher doses than others to achieve the same effect. This really does move us a step closer to truly targeted therapy in the treatment of diabetes.”

Professor Giacomini said, “This is the largest precision medicine study on an anti-diabetic drug performed to date, and is only made possible by the truly international collaboration of the Metformin Genetics Consortium. We are excited that the study included individuals from multiple ethnic groups who are participants in the Research Program on Genes, Environment, and Health, supported by Kaiser Permanente.”

Dr Elizabeth Robertson, Director of Research at Diabetes UK, said, “This study sheds important light on why people with Type 2 diabetes respond differently to metformin, and could be used to identify distinct groups of patients or develop new therapies in the future. Altogether, this research represents an exciting step towards personalised therapy for Type 2 diabetes, moving away from a ‘one size fits all’ approach to ensure people receive the best treatment possible.

“Further work is now needed to understand how GLUT2 influences the way that metformin works inside the body, and we’re very pleased to see research funded by Diabetes UK moving the field of Type 2 diabetes treatment forwards.”

The University of Dundee is the top ranked University in the UK for biological sciences, according to the 2014 Research Excellence Framework.

The University is an internationally recognised centre of excellence in diabetes research, hosting over 20 research groups that include some of the world’s most cited scientists.

Dundee is internationally recognised for the quality of its teaching and research and has a core mission to transform lives across society. More than 17,000 students are enrolled at Dundee, helping make the city Scotland’s most student-friendly.

The University is the central hub for a multi-million pound biotechnology sector in the east of Scotland, which now accounts for 16% of the local economy. www.dundee.ac.uk.

Wellcome exists to improve health for everyone by helping great ideas to thrive. We’re a global charitable foundation, both politically and financially independent. We support scientists and researchers, take on big problems, fuel imaginations and spark debate.

Diabetes UK is the leading charitable funder focussed on diabetes research in the UK, investing around £7 million every year to bring about life-changing breakthroughs in care, treatment and prevention; ultimately bringing us closer to a cure.