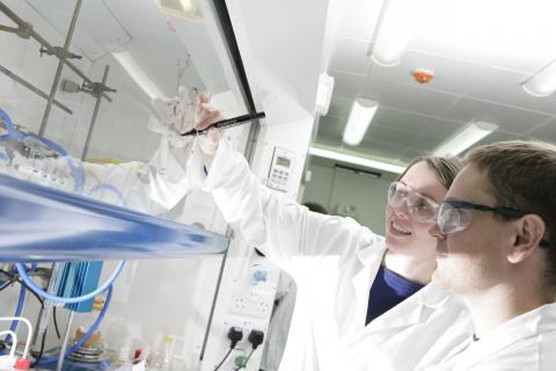 The University of Dundee is ranked among the top 20 most innovative universities in Europe, and first in Scotland, in a new ranking produced by Reuters.

Reuters say their list of Europe’s 100 most innovative universities `identifies the educational institutions that are doing the most to advance science, invent new technologies, and help drive the global economy.’

Dundee is ranked 18th in the list, with only Imperial, Cambridge, Oxford and Manchester ranking higher in the UK.

“Innovation and impact are core to our ethos as a University so obviously it is satisfying to be recognised for that in these rankings.”

To compile its ranking of Europe’s most innovative universities, the IP & Science division of Thomson Reuters began by identifying more than 600 global organisations –including educational institutions, non-profit charities, and government-funded labs– that publish the most academic research.

Then they evaluated each candidate on 10 different metrics, focusing on academic papers (which indicate basic research) and patent filings (which point to an institution's ability to apply research and commercialise its discoveries). Finally, they trimmed the list so that it only included European universities, and then ranked them based on their performance.

For more on the rankings see: http://www.reuters.com/article/us-innovative-stories-europe-idUSKCN0Z00CT