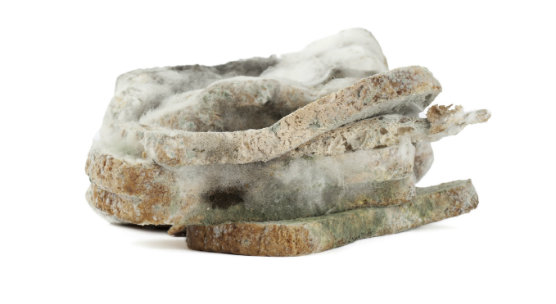 A naturally occurring red bread mould could be the key to producing more sustainable electrochemical materials for use in rechargeable batteries, researchers at the University of Dundee have found.

Fungi that turns bread mouldy may not seem the ideal candidate for a future power solution but the Dundee researchers, reporting in the Cell Press journal Current Biology, have evidence that might just change that.

Their findings have shown for the first time that that the fungus Neurospora crassa – commonly known as red bread mould – can transform manganese into a mineral composite with favourable electrochemical properties.

The researchers combined the fungus with urea and manganese chloride and watched what happened. The combination of these factors resulted in a `biomineralised’ product which was subsequently subjected to intense heat treatment. This produced a mixture of carbonised biomass and manganese oxides.

Tests on these structures showed that they have ideal electrochemical properties for use in supercapacitors or lithium-ion batteries. The carbonised fungal biomass-mineral composite was found to retain 90% of its capacity after 200 cycles of charging, making it an ideal target for using in rechargeable batteries.

Professor Geoffrey Gadd, who heads the Geomicrobiology Group at the University of Dundee, said, “We have made electrochemically active materials using a fungal manganese biomineralisation process.

Professor Gadd and his colleagues in the School of Life Sciences at Dundee have long studied the ability of fungi to transform metals and minerals in useful and surprising ways. In earlier studies, the researchers showed that fungi could stabilise toxic lead (http://www.eurekalert.org/pub_releases/2012-01/cp-itl010612.php) and uranium (http://www.eurekalert.org/pub_releases/2008-05/cp-fha042908.php), for example. That led the researchers to wonder whether fungi could offer a useful alternative strategy for the preparation of novel electrochemical materials too.

“We had the idea that the decomposition of such biomineralized carbonates into oxides might provide a novel source of metal oxides that have significant electrochemical properties,” said Professor Gadd.

In fact, there have been many efforts to improve lithium-ion battery or supercapacitor performance using alternative electrode materials such as carbon nanotubes and other manganese oxides. But few had considered a role for fungi in the manufacturing process.

In the new study, the Dundee team incubated N. crassa in media amended with urea and manganese chloride (MnCl2) and watched what happened. The researchers found that the long branching fungal filaments (or hyphae) became biomineralised and/or enveloped by minerals in various formations. After heat treatment, they were left with the mixture of carbonised biomass and manganese oxides.

“We were surprised that the prepared biomass-Mn oxide composite performed so well,” said Professor Gadd. “In comparison to other reported manganese oxides in lithium-ion batteries, the carbonised fungal biomass-mineral composite showed an excellent cycling stability and more than 90% capacity was retained after 200 cycles.”

The new study is the first to demonstrate the synthesis of active electrode materials using a fungal biomineralisation process, illustrating the great potential of these fungal processes as a source of useful biomaterials.

Professor Gadd said the team will continue to explore the use of fungi in producing various potentially useful metal carbonates. They are also interested in investigating such processes for the biorecovery of valuable or scarce metal elements in other chemical forms.

Current Biology (@CurrentBiology), published by Cell Press, is a bimonthly journal that features papers across all areas of biology. Current Biology strives to foster communication across fields of biology, both by publishing important findings of general interest and through highly accessible front matter for non-specialists. Learn more at http://www.cell.com/current-biology. To receive Cell Press media alerts, contact press@cell.com.