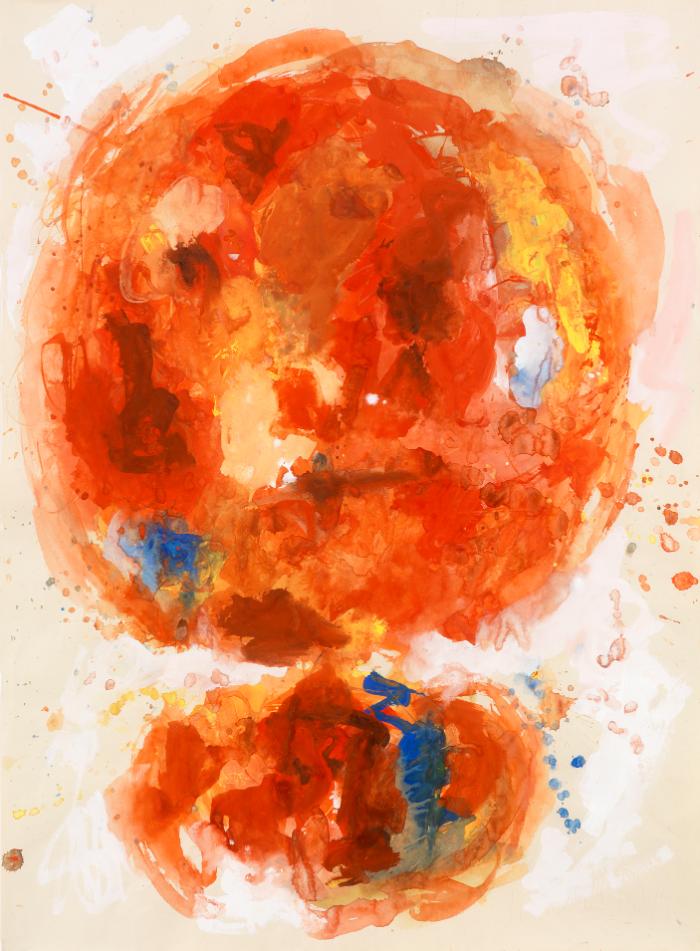 William Turnbull was born in Dundee and began his artistic career here working as a newspaper artist for DC Thomson, studying at the Art College in the evenings.  He moved to London to study at the Slade, and there met fellow students and future Independent Group members Eduardo Paolozzi, Richard Hamilton and Nigel Henderson.  Intriguingly it seems to have been while he and Paolozzi were living in Paris after the war that they first discovered D’Arcy Thompson’s On Growth and Form and began to explore organic form-making in sculpture.  Their interest in the book then spread to Henderson and then to Hamilton, and it was Turnbull who designed the poster for Hamilton’s Growth and Form exhibition in 1951.

During the 1950s, influenced by On Growth and Form, both Turnbull and Paolozzi began creating abstract expressionist studies of heads, drawing on ideas of organic form as well as contemporary developments in molecular chemistry and nuclear physics.  Turnbull created sculptures, prints and paintings of heads, the latter using bold colours and very loose, dynamic painting.  While prints from this series are still relatively common, we were lucky to be able to acquire this rare example of a painting from the series.  It is a particularly bright and vigorous example, suggesting the head is still growing and morphing – and thus tying in clearly with D’Arcy Thompson’s ideas.