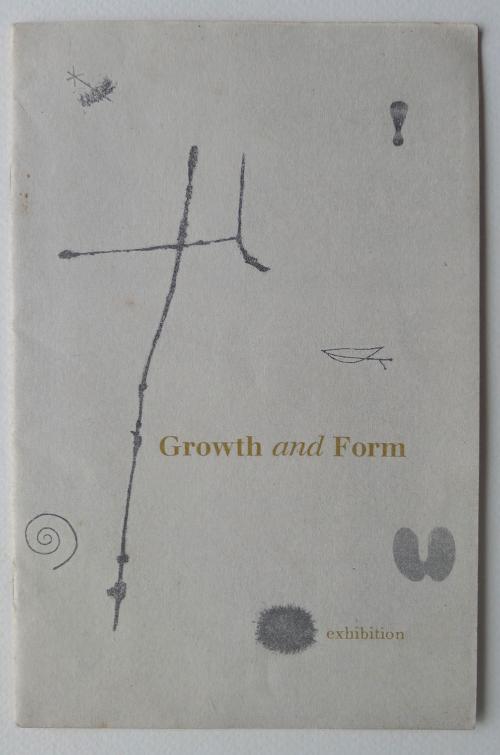 The 1951 Growth and Form exhibition remains arguably the most significant example of an artist or artists drawing directly on D’Arcy Thompson’s work. It was staged at the Institute of Contemporary Arts in London (co-founded by Herbert Read) to accompany the Festival of Britain, and was initially conceived as a joint project by two students at the Slade School of Fine Art, Richard Hamilton and Nigel Henderson. It was Henderson who lent Hamilton a copy of On Growth and Form, both having been inspired by Laszlo Moholy-Nagy's book Vision in Motion, which referred to D'Arcy's work. After some disagreements, Henderson dropped out of the project, though he later photographed the exhibition for publication in the Architectural Review. Hamilton worked with a committee of notable scientists (including Jacob Bronowski and C H Waddington) in devising and sourcing the exhibition’s content.

Although visitor numbers were low (just 1,040 over two months), the exhibition can be seen as a landmark in British contemporary art – the first notable example of an installation show, an immersive environment comprised entirely of scientific imagery but presented as an aesthetic experience. Hamilton and his colleagues covered the walls in microscope and x-ray photographs and created giant 3d models of the illustrations from D’Arcy’s book. One reviewer described it as “an exhibition of models, photographs, films and so forth, of a variety of natural structures and processes. The matter ranges from elementary mathematical forms to the human face, by way of carefully drawn visual analogies and developments, taking in crystals and cells, chromosomes and embryos, spicules and skeletons, on the way.”     Hamilton's etching Heteromorphism was used as the cover image for the catalogue, designed by John Denison-Hunt.

D’Arcy’s work had a profound influence on Hamilton, and throughout his life he referred to it as having fundamentally changed his thinking. The Growth and Form exhibition not only expressed that, but would go on to be the first in a series of landmark exhibitions bringing together art and science, many of which were staged at the ICA. The show was opened by the architect and designer Le Corbusier, another D’Arcy enthusiast, and was accompanied by a symposium and publication called Aspects of Form, organised without Hamilton's involvement (following another falling out) by Lancelot Law Whyte. Although Whyte warned of “dangers in the collaboration of scientist and artist, for superficial analogies between science and art are harmful to both,” this did not prevent the project from introducing many more artists (and indeed scientists) to D’Arcy’s work.