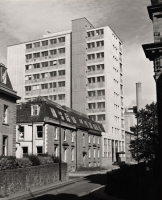 In 1917 the first chairman of the hospital board, William Rettie, purchased the house at 2 Park Place and had it adapted as a dental surgery as a memorial to his son Philip, who had been killed in the Great War. The Dental School was formally opened in 1918, the year William Boyd succeeded Rettie as chairman. At that time the School was not part of the University but the two institutions collaborated effectively, culminating in Boyd's endowment in 1938 of a Chair of Dental Surgery (the first in Scotland).

In 1954 the Dental School formally became part of the University (then Queen's College, Dundee) and extensions to the building opened in 1954 and 1967.

The School holds a number of collections including old dental instruments and comparative anatomy. Because Rettie and Boyd were also keen art lovers, there are also several examples of fine art and stained glass on display around the building. 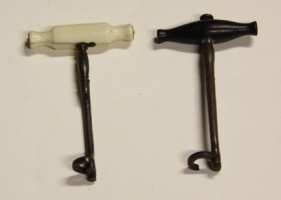 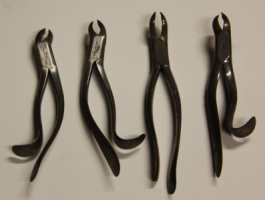 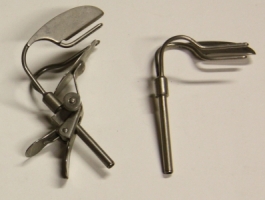 Displayed in the teaching laboratory on level 7 is a fascinating collection of comparative anatomy - over 150 skulls and jaw bones from animals around the world, sectioned to show their dental arrangements. From shrews to sawfish, the displays reveal the extraordinary range of sizes and shapes of teeth across the animal kingdom.

Take a look at some videos of the specimens, made by Chris Ogan who completed his MSc in Medical Art in 2014

See the works of art and stained glass from the Dental School collections.