The first two chairmen of Dundee Dental Hospital & School, William Rettie and William Boyd, were both keen art lovers, and as a result there are several examples of fine and decorative on display around the building. Shown here is a small selection. 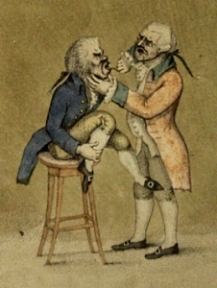 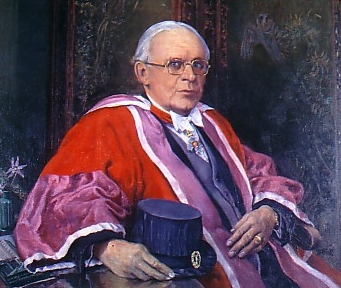 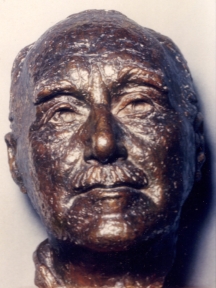 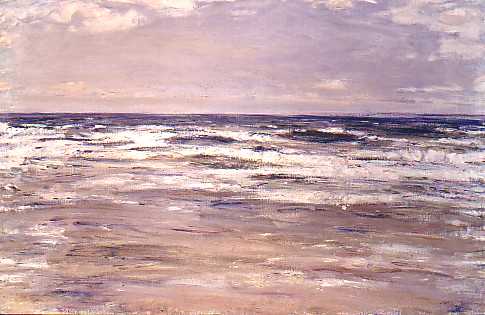 This painting has been displayed in the Dental Hospital since 1930, when it was presented by William Boyd in remembrance of his brother-in-law J W F Rait, who served with the Indian medical service. Boyd was one of Dundee's leading art collectors, and this was one of several McTaggarts owned by him.

Boyd had a particular interest in modern French painting - he was the first person in Scotland to buy a Matisse and owned three Van Goghs, one of which he sold in order to endow the first Chair of Dental Surgery at the University. He was also the first significant patron of the sculptor Benno Schotz, whose bust of Boyd (one of three works by Schotz in the collection) can be seen above. 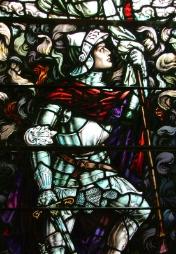 On the left is a detail of "Faithful unto Death" by Ballantine & Co, dedicated by William Rettie to his son Philip who was killed in the Great War while serving as 2nd Lieutenant in the Border Regiment.

On the right is a scene from the Book of Revelations by leading Scottish stained glass designer Douglas Strachan, with the quotation "How Long O Lord Holy & True Dost Thou Not Judge & Avenge our Blood".

It it said to have been one of five designs submitted by the artist for the windows of the Scottish National War Memorial at Edinburgh Castle, only four of which were used. The unused design was first exhibited at the British Empire Exhibition in Wembley Stadium in 1924, and was placed in the Dental Hospital in 1930 in memory of William Rettie.

A detail from the window is shown below. 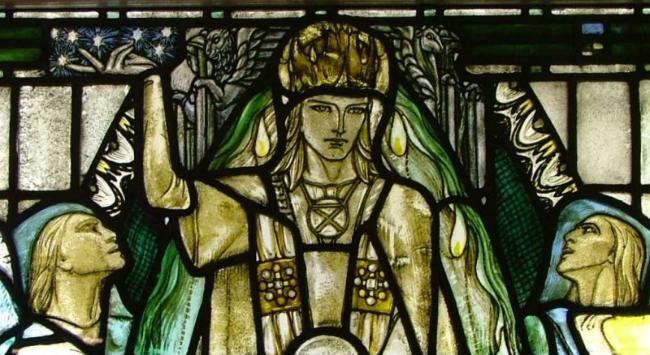