The Artist & The Thinker

This exhibition celebrates the work of two extraordinary men. John Duncan was a Dundee artist who became a leading figure of the Celtic Revival movement in Scotland. Patrick Geddes was a professor at University College Dundee, and is now hailed as the father of town planning, as well as a pioneer of modern ecology and sociology. The 150th anniversary of his birth is being celebrated throughout the world this year. This exhibition, together with the accompanying publication, explores the unique relationship between these two men, and the vital part that Dundee played in their lives. It also looks at some of the other artists working in the city at the same time. 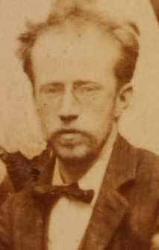 John Duncan (1866-1945) was born in Dundee and studied art at the High School and then on the Continent.

He worked as a newspaper illustrator for some years, before developing a fascination for Celtic myth and legend. In the 1890s, under the guidance of his "guru" Patrick Geddes, Duncan became a successful symbolist painter, and the leading artist of the Celtic Revival in Scotland.

After teaching art in Chicago for a few years, Duncan settled in Edinburgh, where his studio became a focus for the next generation of Scottish artists. 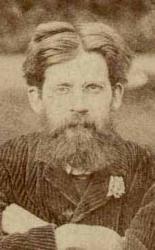 Patrick Geddes (1854-1932) was born in Ballater but grew up in Perth, where he developed a deep love of nature.

He studied biology in London and Paris, and in 1888 a special Chair of Botany was created for him at University College Dundee. He would work there part-time for the next 30 years. During this period he developed radical theories about city and regional planning, his work ranging from the design of Edinburgh Zoo to a massive redevelopment of the city of Tel Aviv.

He was knighted shortly before his death in Montpellier, France.

Images from the Exhibition 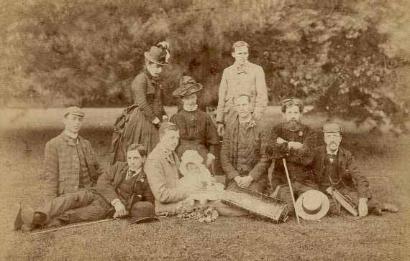 Geddes with a group of botany students, c 1890
(courtesy of University of Dundee Archive Services) 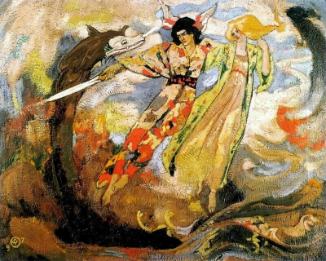 'The Glaive of Light' by John Duncan, 1897
Believed to have been presented to the University by Patrick Geddes 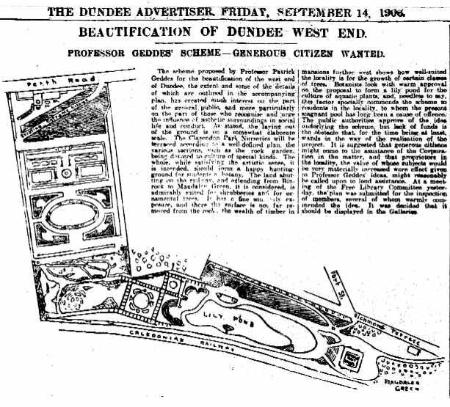 Geddes's most ambitious plan in Dundee was his proposal for a Botanic Garden at the west end of Magdalen Green.

The plan was never realised, but the University's Botanic Garden eventually opened to the public further along Perth Road in 1971.
Find out more about the garden today.
(Courtesy of Strathclyde University Archives)

A publication is available to tie in with the exhibition

As part of the accompanying events programme, a one-day conference was held on 22 January about Art in Dundee c 1900.