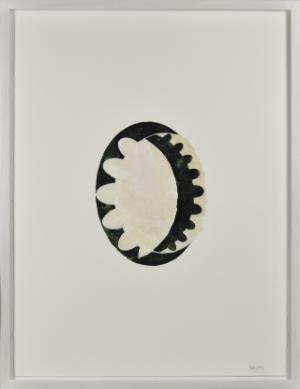 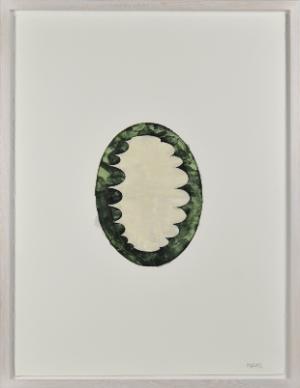 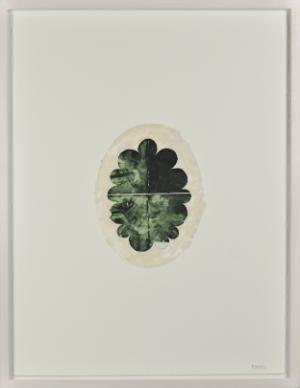 Professor Roger Wilson was Head of the Chelsea College of Art, University of the Arts London and later Head of Fine Art at the Glasgow School of Art.  Before that he worked in various colleges and universities in the UK, America and Europe.  He has exhibited extensively and has a significant reputation as an artist and academic.  Like many artists, Wilson discovered D'Arcy Thompson’s On Growth & Form as a student, but revisited it in 2011 when he and fellow artist Sam Ainsley staged an exhibition at the Glasgow Print Studio called After Growth & Form.  As a result of this, we invited Wilson to visit the D’Arcy Thompson Zoology Museum to create new work directly inspired by the collections to be exhibited in the Lamb Gallery.  Wilson invited two other artists (Stuart Mackenzie and B E Cole) to join him in creating the exhibition Heresies.  From this exhibition, we have acquired three paintings by Wilson from a series of six inspired by models in the museum of foraminifera, microscopic creatures whose multitude of mathematically precise forms fascinated D’Arcy, and which proved the key catalyst for his ground-breaking work.

Wilson generally makes paintings in groups or series, either (as in this case) initiated by direct observation or as the result of improvisation around eccentric geometry, to the point when the painting takes on the characteristics of a self-generating ‘organism’.  Wilson has built up these images using layers of paint, masking off different parts of the paper - the works are thus ‘grown’ in a strict pattern similar to the foraminifera themselves.