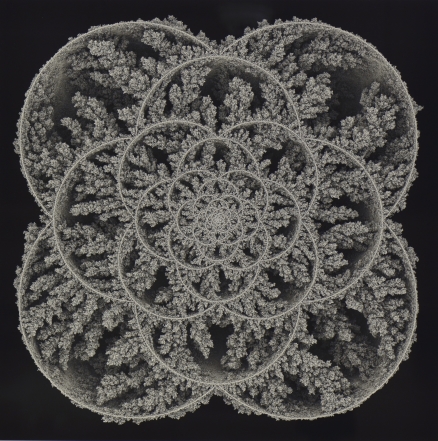 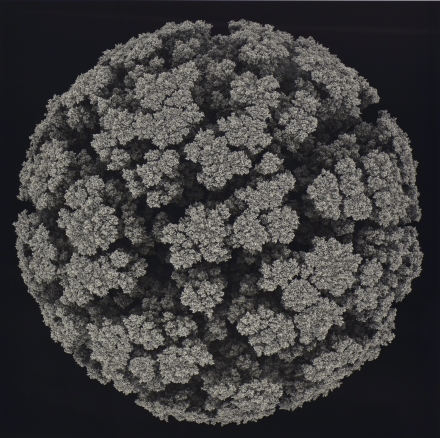 Andy Lomas is unusual in having made a successful career both as an artist and a special effects designer.  Over the last 15 years he has been responsible for some of the most celebrated CGI effects on cinema and television – he was software designer on the BBC’s Walking with Dinosaurs, was responsible for colour and lighting on The Matrix Reloaded and was a CGI supervisor on The Matrix Revolutions and Avatar among others. Concurrent with this, he has built up a strong international reputation as a digital fine artist, exhibiting his work at the Los Angeles Center for Digital Art, the Tokyo Metropolitan Museum of Photography, the Royal Academy of Arts in London and various venues across the world.

Lomas is most famous for his Aggregation and Flow series.  Generated by computer algorithms, they stem directly from D’Arcy Thompson’s study of organic forms and their relationship to simple mathematical rules.  Applying modern computer techniques to D’Arcy’s ideas, Lomas creates intricate plant or coral-like forms using digital simulation of basic rules of flow and deposition.  The sculptural shapes are created by a process of accretion over time - they are gradually grown by simulating the paths of millions of particles randomly flowing in a field of forces.  Over time they build on an initial simple seed surface to produce structures of immense complexity.

D’Arcy Thompson’s work was an important influence in the development of systems theory and therefore of modern computers.  His ideas about patterns in nature were an important precursor to fractal theory, which is at the heart of modern CGI effects.