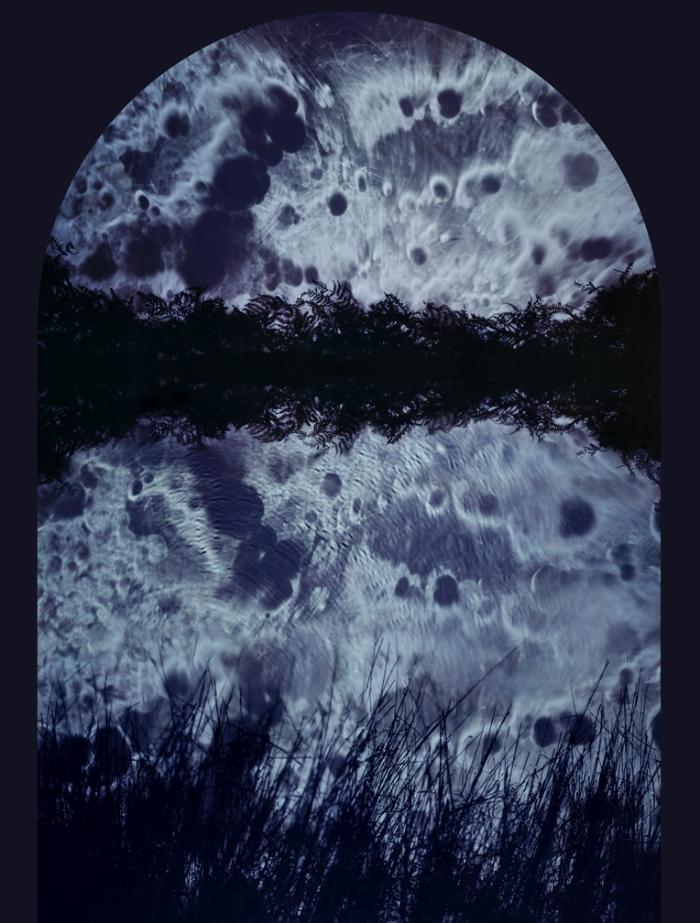 Susan Derges is one of the most critically acclaimed and respected artists working in photography today.  She has exhibited widely throughout Europe, America and Japan and her work is held in many major museum collections including the Metropolitan Museum in New York and the V&A in London.

Much of her work explores the relationship between the self and nature, the imagined and the ‘real’.  She aims to manifest or capture invisible natural processes, and D’Arcy Thompson’s work has long been an important influence for her.  Her works have taken many photographic forms but she is best known for her pioneering work creating images without a camera. She often creates her work at night, working with the light of the moon and a hand-held torch to expose images directly onto light sensitive paper.  Her practice thus reflects the work of the earliest pioneers of photography but is also very contemporary in its environmental and scientific awareness and its complex conceptual meanings.

This stunning example of her work is from a series of four large prints focusing on the cycles of birth, growth, decay, death and renewal that occur throughout the year in a field close to her studio on Dartmoor.  Each print shows the sky is reflected in a pool of water in different ways according to the time of year.  To create the cloud images, patterns created by ink drops in water (something discussed at length by D’Arcy in On Growth & Form) were scanned directly from a glass tank.  These were printed onto large transparencies then placed beneath a glass tank containing water, bracken, grasses and reeds from the field.  Direct prints were made onto Ilfochrome paper placed beneath both the tank and the transparency, which were then photographed to make large scale C-type prints.  The various patterns created are reminiscent of one of the most famous passages in On Growth & Form:

“…the physicist proclaims aloud that the physical phenomena which meet us by the way have their forms not less beautiful and scarce less varied than those which move us to admiration among living things. The waves of the sea, the little ripples on the shore, the sweeping curve of the sandy bay between the headlands, the outline of the hills, the shape of the clouds, all these are so many riddles of form, so many problems of morphology, and all of them the physicist can more or less easily read and adequately solve … but it is on another plane of thought from the physicist’s that we contemplate their intrinsic harmony, and ‘see that they are good’.”