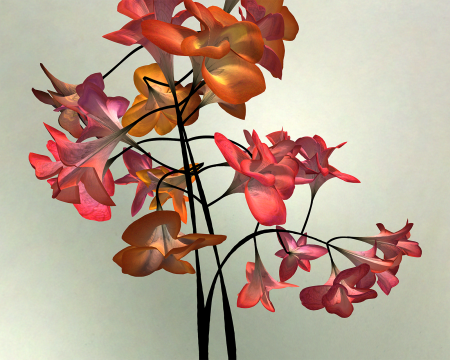 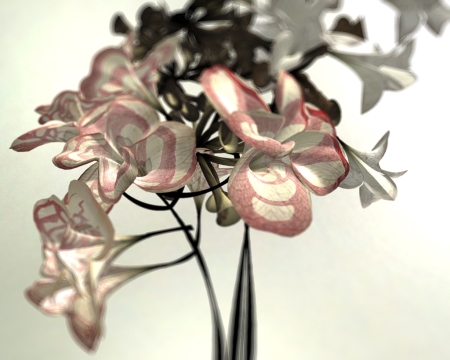 “Daniel Brown's work changes the way we look at and engage with digital imagery. It is technically innovative and emotionally engaging, but also gives us an extraordinary amount of freedom in the way we experience it”
- Jonathan Ive, Head of Design, Apple

Daniel Brown is a designer, programmer and artist, specialising in the fields of Creative Digital Technology and Interactive Design and Applied Arts.  Since 1999, he has been acknowledged as a pioneer in the new media field.  He has work in the collections of the San Francisco Museum of Modern Art and the V&A Museum.  He was chosen as London Design Museum's Designer of the Year in 2004 and since then selected for The Observer's '80 people who will define the next 10 years' and Design Week's Hottest 50 Designers.  His clients have included Selfridge’s, Sony, the Wellcome Foundation and Saatchi & Saatchi.

Like many working in the field of computer art, D’Arcy Thompson’s work has been an important influence in Daniel’s work: “for me mathematics is the language of nature”.  Brown began a series called On Growth and Form in 1999 – crafted by complex mathematics rather than by hand, these works use computer code to generate hyper-realistic, never repeating blooms that – like time-lapse documentary photography – explode hypnotically into patterns before the viewer’s eyes.  Most recently, a version was commissioned by the V&A in 2009.

For the Art Fund RENEW project, we commissioned Brown to create a new generation of the series, this time integrating true high-end real-time 3D graphics into the process, allowing a ‘virtual’ camera to pan around the blooms as they grow.  The final piece also uses imagery, patterns and colours from the collections in the D’Arcy Thompson Zoology Museum to create flower textures and inspire flower shapes.