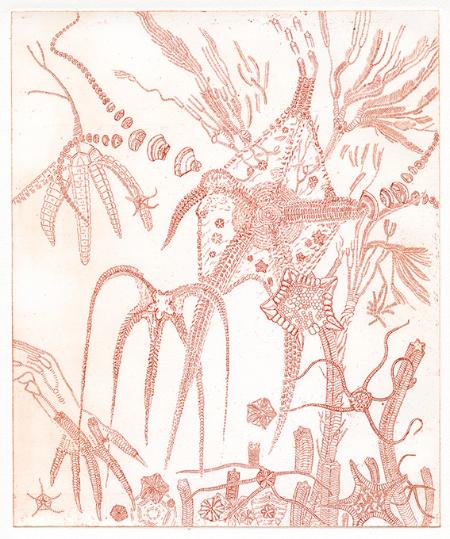 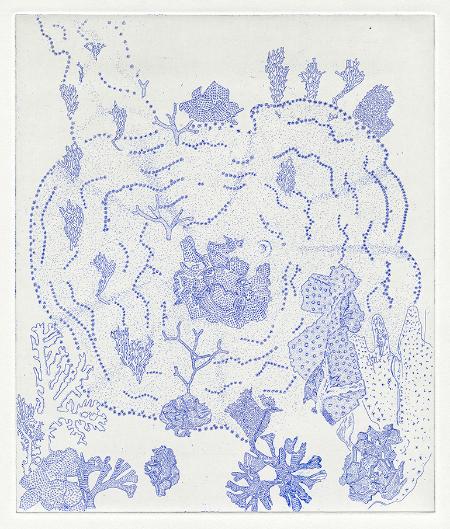 Gemma Anderson is an exciting young artist whose work explores crossovers between art and the natural sciences.  Based at Falmouth University, where she is an associate lecturer in drawing, she is currently undertaking a PhD concerning what she terms "isomorphology", the study of shared patterns across different natural forms and the role of the artist in helping scientists to understand these.  D’Arcy Thompson’s work is therefore central to her practice and we were pleased to show work by her in our exhibition “Drawn from structures living and dead” in 2013.  In June 2013 we were able to host Anderson for a week’s residency in the D’Arcy Thompson Zoology Museum, which resulted in five etching plates being created during the week and three larger plates shortly thereafter.

Anderson is already represented in several important public collections including the Natural History Museum, the V&A and the Wellcome Trust Foundation.  She has held exhibitions in London, Belfast, Berlin, and Paris and won numerous awards including a Leverhulme Artists in Residence Award to work with mathematical biologists at Imperial College, London.

As well as the work shown above, the Museum purchased three other works by Anderson, Pangolin, Armadillo and Aragonite.