D'Arcy Thompson Zoology Museum - Some Highlights from the Collections 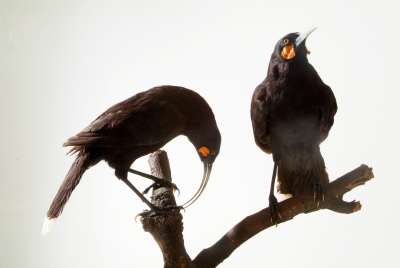 Now extinct, the Huia was a type of wattle bird, found only in New Zealand's North Island.

The male and female birds were unique in having different bill shapes. It is thought that they may have worked together as a pair, the male pulling apart bark or wood whilst the female used her long curved bill to extract grubs. They lived beneath forest canopy nesting in tree trunks or in hollows on the ground.

Huias were hunted and killed in large numbers to satisfy the demand for their plumage and beaks, both by Maoris, the European market and collectors. Forest clearance and introduced rats, dogs and other predators may also have been factors in the Huias extinction.

The last reliable sighting of a Huia bird is thought to have been in 1907. 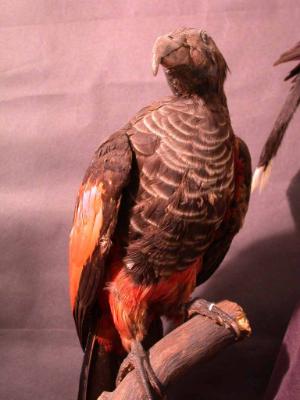 This specimen was mounted by Edward Gerard & Son of London. Pesquet's Parrot is native to New Guinea where it is now rather rare. 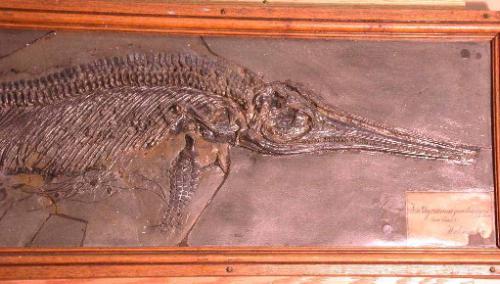 This fossil comes from the Posidon shale quarries of Holzmaden in Germany where a fine series of ichthyosaur fossils were prepared and marketed by Bernard Hauff.

Some of these preparations are among the most spectacular to be exhibited in museums worldwide. Hauff was the first to recognise that the ichthyosaur was a streamlined dolphin-like creature with a fish-like tail. 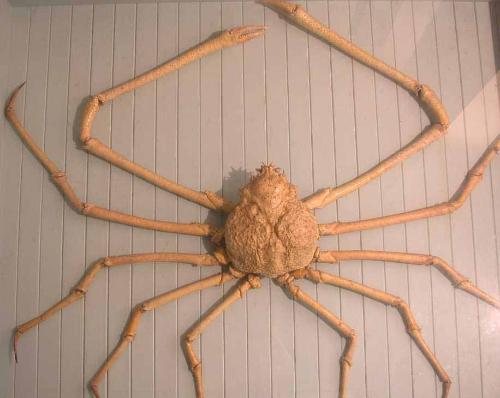 This crab is one of two bought by D'Arcy Thompson in the fishing port of Yokohama, Japan in 1897 during his Bering Sea expedition.

These crabs live at depths of 50 - 300 m in the Pacific Ocean, off Japan. They move slowly across the ocean floor, scavenging and feeding predaciously on invertebrates such as molluscs.

With a leg span of up to 3.7m, the Japanese spider crab is one of the world's largest Arthropods.

Back to Zoology Museum homepage