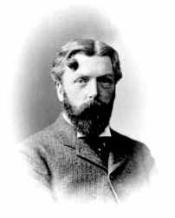 The University's first Zoology Museum was created by Professor D'Arcy Wentworth Thompson, who took up the first Chair of Biology in the new University College Dundee in 1885.

Although only a young man of 24 when appointed, he was strongly motivated to the cause of education and improvement for all in Dundee. D'Arcy stayed at UCD for over 32 years before moving to the University of St Andrews in 1917.

Right from the start he began to acquire zoological specimens for teaching and research, and by the start of the second teaching term, he was able to write that "Considerable progress has been made towards the creation of a museum."

He also requested an assistant to help with the curation and preparation of specimens. 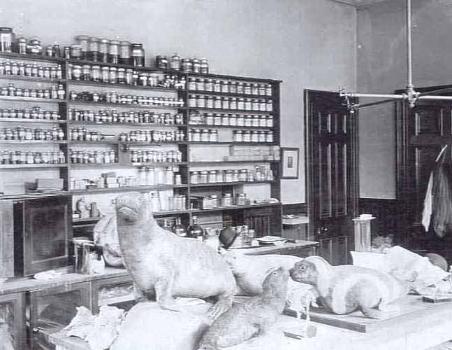 By 1886 he had hundreds of spirit specimens as well as over 200 skeletons in preparation. He made many friends and contacts among the Dundee whaling skippers, and by this means obtained specimens from the Davis Straits and other parts of the Arctic. He also purchased many specimens from dealers such as Gerrard & Son of London, and was able to obtain duplicates from other museums, notably the British Museum in London. On one notable visit in 1892 he took home "2000 bird-skins, besides creeping things innumerable, both small and great". Around the same time he bought from the Dublin Zoological Gardens the skeleton of an old elephant which he claimed to remember riding on during his first visit there aged six! 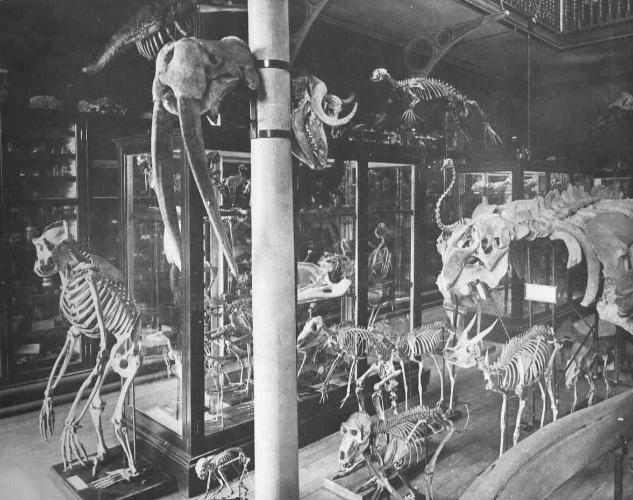 In 1917 D'Arcy Thompson left University College Dundee in order to take up the Chair of Natural History at St Andrews University.

Many of the museum specimens became sadly neglected. In 1956 the building that housed the Natural History Department was scheduled for demolition to make way for the new Tower Building.

The department was moved to temporary accommodation elsewhere, and the museum collection was dispersed. Only a selection of specimens was retained in Dundee. The Steller's Sea Cow, Elephant, Giraffe and Camel Skeletons went to the Royal Scottish Museum in Edinburgh, while the huge Whale head and some specialist collections went to the British Museum (Natural History). A full catalogue of the original museum has never been found, so the full scale of D'Arcy's collections will never be fully known.

Back to Zoology Museum homepage