The Dundee College of Education Collection

In 2007, 101 years after it was first founded as Dundee Training College, the Dundee College of Education relocated to a new home on the University's city campus, and is now the School of Education & Social Work.

Over the years the College has acquired a fine collection of art and artefacts, including works by major Scottish artists such as Alberto Morrocco, William Gillies and Robin Philipson. Some examples are shown here, along with a brief history of the College. For more information about the School in its current form, click here. 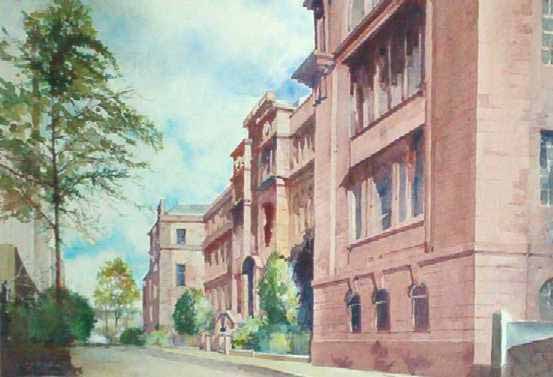 A History of Dundee College of Education

In 1905 Provincial Committees were established at each of the four Scottish Universities, responsible for the Training of Teachers in different parts of the country. The committee at St Andrews University decided that Dundee would be the most suitable base for a new Training College.

Unable to afford new premises straight away, the College started its life in part of the Dundee Technical Institute on Small's Wynd. Accommodation for students was arranged thanks to support from local churches, and in 1912 Mayfield House on Arbroath Road was acquired to house female students (it was later extended and housed both sexes).

That same year the foundation stone was laid on the new Training College building on Park Place, though it would not be completed until 1920. The College survived severe drops in student numbers in both world wars and continued to expand in the 1950s and 60s.

In 1975 a new home was built for the College (by now renamed Dundee College of Education) at Gardyne Road in West Ferry, where the College has remained until July 2007. In 1987 it merged with Aberdeen College of Education to form Northern College, but in 2001 the two colleges split again, each becoming part of its neighbouring University. 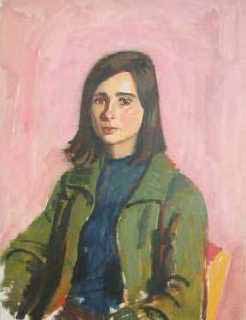 'High Summer' by Sir Robin Philipson,
in its new home in the Queen Mother Building

After becoming part of the University in 2001, plans were put in place to move back onto the University campus. These were completed in summer 2007, and the current School is based in the Old Medical School and Carnelley Building with teaching facilities in the Dalhousie Building.

The School's collections have now been accessioned into the University Museum Collections. Highlights from the collection were shown in a special exhibition in the Lamb Gallery in summer 2007, and it is many of the artworks have been redisplayed in the School's new premises, or in other parts of the campus.

The most challenging piece to deal with during the relocation was a 13-foot high mural by Robin Philipson, painted in 1977. It was commissioned for the College of Education by The Edwin Austin Abbey Memorial Trust for Mural Painting in Great Britain, and Philipson himself helped to install it in its original home in the Library at Gardyne Road. After searching the campus, a new home for the painting was found in the award-winning Queen Mother Building, and with the help and support of what was then the School of Computing (who occupy the building) and the University's Estates & Buildings department, the mural was carefully dismantled and moved to its new site in October 2007. The Queen Mother building is open to the public 9-5 Monday to Friday and by arrangement at other times.